Queen Revisit The Magic Tour For The Greatest 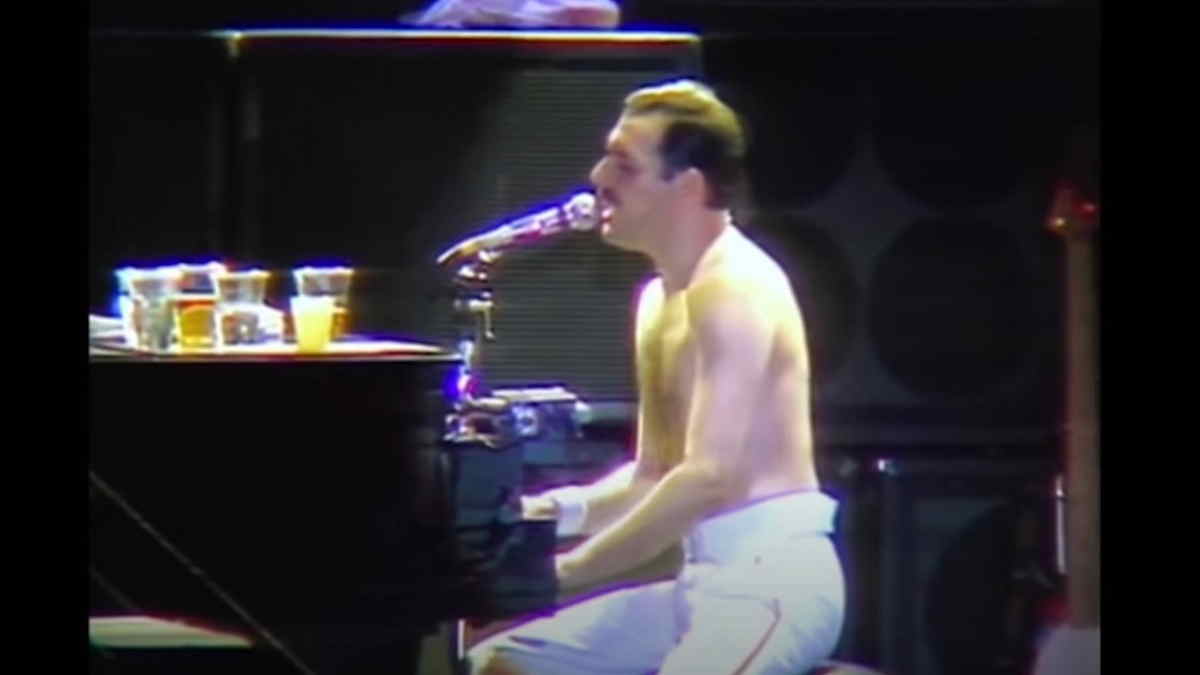 Queen have shared part one of their two part look back at their legendary The Magic Tour that visited stadiums across Europe in 1986 in support of their album "It's A Kind Of Magic", on the latest episode of their weekly video series The Greatest.

Here is the synopsis for the episode: Rejuvenated by their history-making Live Aid performance a year earlier, and the success of their A Kind Of Magic album, June 1986 saw Queen return to touring for what would be the biggest series of concerts of Queen's career. Although the band had played vast venues before, there was a sense that this tour would take it to another level...

"We're going to play the biggest stage ever built at Wembley with the greatest light show ever seen," Roger Taylor told journalists ahead of the tour.

The band would undertake 26 performances at 20 separate locations in the UK and nine European countries over an eight-week period including their first and only show in Budapest, Hungary.

Such was the vast scale and scope of the under-taking, the bridge-like stage structure required the services of a company normally involved in motorway and bridge construction. The trucks transporting the equipment would cover over 165,000 miles, the equivalent of nearly seven times around the world.

Talking here in the preparation stage, the band speak of the commitment they were taking on, with only Freddie expressing concerns about the weight such a massive tour would levy, but non-the-less expressing his enthusiasm for performing for large audiences.

Roger Taylor: "The thing we are all looking forward to most at the moment is this European tour."

John Deacon: "And that's quite a commitment from us in a way, because Freddie's sometimes a little reluctant to go on the road these days."

Freddie Mercury: "It's been a while since we actually did a tour. It's very, very exhausting for me to do what I have to do. The stages are getting bigger and everything, and you know I just like to feel that I'm perfectly fit to do these shows, and not just say 'yes I'll do it."

John Deacon: "We're starting on it now really, ideas for the staging, the lighting and that sort of thing."

[Interviewer] "This particular tour you're doing, you're taking a hundred and sixty foot stage, which is the biggest ever constructed for a rock act?"

Roger Taylor: "Yes, it's an absolutely massive stage. It's really been designed to cope with the places that we're playing in. To get the optimum out of those places."

Brian May: "We usually go in someplace like a film studio which has this big, open...like an aircraft hanger I suppose...and just set everything up and put everything through its paces."

Brian May: "Because it's not enough for us to be rehearsed, we make sure every single lamp, every wire, is set up so everything's going to be given a run through, so all the bugs can be ironed out before we get on tour. It's like a full dress rehearsal."

John Deacon: "We've been playing for so many years now, we do feel very relaxed playing in quite big gigs as well really."

Roger Taylor: "Strangely enough, when you're used to large audiences, 100,000 is almost less terrifying in some ways, than 5000."

Roger Taylor: "It's a strange thing with our band, the bigger the audience the better it seems to work. The audience contact seems to be better with the larger audiences."

Brian May: "Once you're on tour, I like to get on and do it. I don't like to be hanging around on tour. I like to get in as much as you can because you can build up this great rhythm, and you get into the mood and the feel of playing, you play better each night, I think. If you see us at the end of the tour, we are a lot different from what we are at the beginning of the tour, because we're in that rhythm."

Brian May: "I suppose it's almost like being an athlete, you just work on yourself and you have nothing else to think about, except doing your bit for that two hours as well as you can."

Freddie Mercury: "There was a trend a few years ago, with the punk movement and whatever, where they said, 'Oh, we want to play to the small audiences because we're being intimate, and all that.' Load of rubbish. I mean everybody who wants to be a star wants to play to the biggest audiences."

As will be seen in part 2, over the final few weeks of the tour, Queen would perform three of their biggest and most iconic gigs - demonstrating why they are regarded as the greatest live act.

Related Stories
The Queen The Greatest Series Returns With Season 2