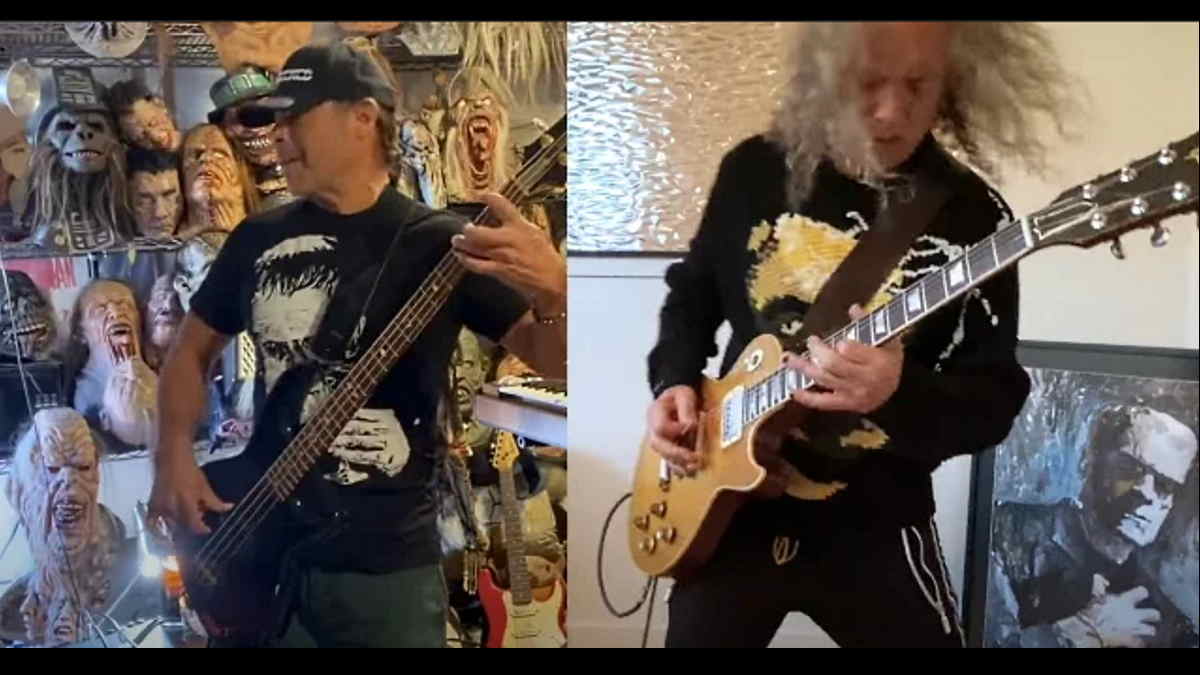 "No tricks, just a treat," shared the duo on Twitter via the band's Blackened American Whiskey brand. "Frankenstein" appeared on the Edgar Winter Group's third album, "They Only Come Out At Night"; the tune achieved the rare feat of being a rock instrumental to top the US Billboard Hot 100, which it did in May of 1973.

Metallica are next scheduled to perform at the Hard Rock Live Arena in Hollywood, FL on November 4, after which they'll headline ATLive at Mercedes-Benz Stadium in Atlanta, GA on November 6 and play two nights at Welcome to Rockville at the Daytona International Speedway in Daytona Beach, FL the following week. Watch the jam here.