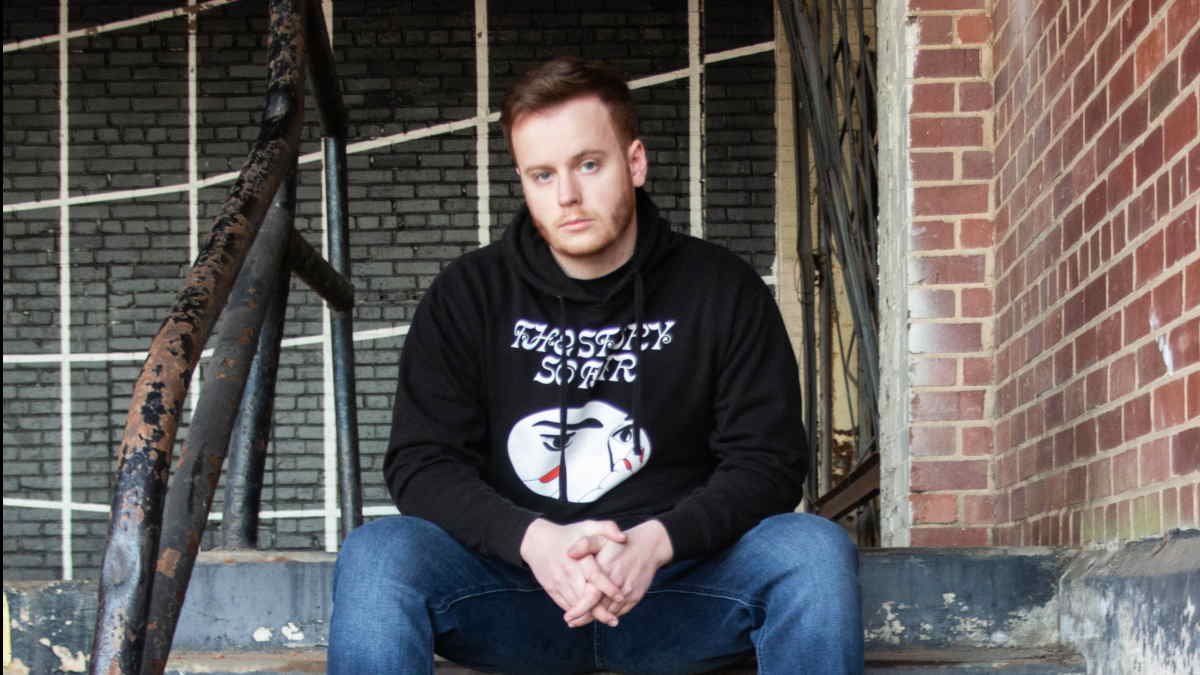 Two Eyes Open just released his haunting new single, "Dysphoria," just in time for Halloween and to celebrate we asked him to tell us about the track. Here is the story:

Dysphora" is another old song that has seen a bunch of facelifts since the day it was originally written in 2015. Before Two Eyes Open was really what it is today, I was writing songs with my friend Colt Jensen in college as 'Burning Bridges'. Dysphoria was actually a song that Colt laid the groundwork for and then I took it and turned it into a punk track. This was all before we really even had the title. When he sent me his original demo of the song, it was acoustic and had sort of a Bob Dylan type of vibe; it was very singer-songwriter. But in those chords I heard something else - something much heavier and more rambunctious. I asked his permission to change the song up because I felt there was more to uncover.

Colt is a big Misfits fan and so to honor his tastes and mine simultaneously I set my sights on morphing this song into a fast, four-chord punk rock tune. I did it and enjoyed it, but still felt like there was something missing. I wondered if I could push the song into a heavier direction by adding metalcore breakdowns. I felt like I was taking a big risk, this being his song and all. Luckily though he loved it, and once we started hammering the song out more in practice, it became one of our favorites to jam. He has since moved onto a different chapter in his life, but luckily was willing to let me record this and put it out as an official Two Eyes Open song all these years later.

For the modern, studio version of Dysphoria, I wanted to give it all the bells and whistles that we couldn't give it as just two people back then. I've learned a lot since those days and decided to record, program, and mix this entirely myself. The final version of this song contains lead guitar parts that gave me goosebumps once they were added in. I was also lucky enough to get some really cool extra vocal parts from Efrain Benavides of Upon Your Dead Body and cloud-punk artist Nate Flud. Efrain screams with me in the final breakdown, while Nate yells that iconic "AWAY" that you hear right before the final chorus. Another one of my favorite elements of Dysphoria has to be the backing vocals that Faith Alvarez of Penny Bored provided in the choruses. I also had several musical friends contribute to the gang vocal shout. This was my last song of the year, so I wanted to put out something truly unique with the vocal features and the genre switches this song takes.

Colt and I also discussed making some lyrical changes to better the song during the recording process. The entire final verse before the last chorus was heavily modified, and my new favorite lines reference Cinderella. "Started out just like my dreams. I thought I had found my Cinderella, but the shoe didn't fit 'cause you were made for better. Though this line hints at a break-up (which was the original inspiration for the song), I think as a whole the song is about something bigger than that. The word 'dysphoria' means a general dissatisfaction with life, and the choruses and breakdowns really speak to that feeling. It's simple, but I think the chorus line, can't tell anyone that I'm hurting here all alone*, captures it best. When people are depressed or in a dark place, they often feel as if there's no one they can talk to. Each line progressively adds more weight, as "hurting" turns to "suffering", then "drowning", and finally - "dying". The most important thing to remember, of course, is that you're never alone and there are always people you can talk to. Though lyrically the song is really dark and heavy, I also think it's genuinely fun.

At the end of the day, it's a Halloween song that fits a little too well against a backdrop of Scooby Doo clips. Sure, it's dark, but that doesn't mean you can't have fun in the darkness.

Hearing is believing. Now that you know the story behind the song, listen and watch for yourself below and learn more about Two Eyes Open here