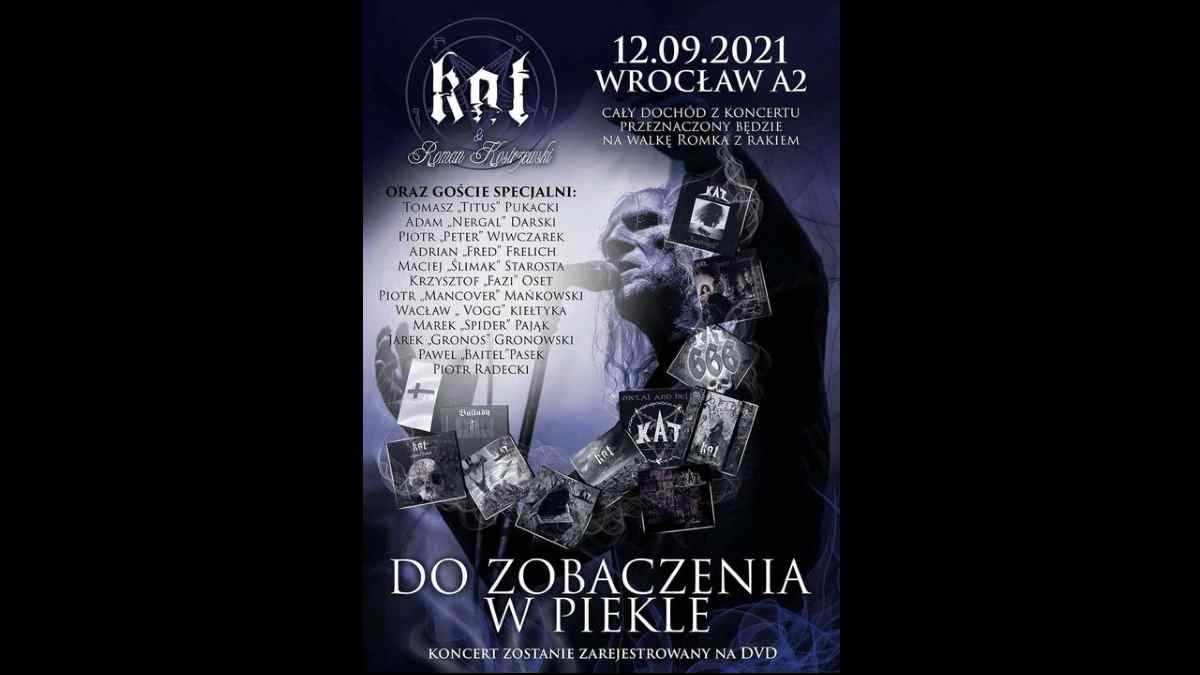 Vader will lead the lineup for a special tribute event to Roman Kostrzewski from the iconic Polish Thrash band Kat, who is battling series heath issues.

The special tribute show will be taking place on September 12th at the A2 club Concert Centre in Wrocław, Poland and will feature members of Vader + Nergal, Vogg and many more.

"VADERMANIAX!!! We invite you to a SPECIAL concert, a tribute to a man who has been an inspiration, an indicator, and even our Polish national good for many years," Vader said in the announcement.

"Kat & Roman Kostrzewski, together with many guests of the Metal stage in Poland, will present his and the KAT team at the A2 club - Concert Centre in Wrocław on 12 September.

"REMEMBER that this concert is also special because the proceeds from it go towards much needed help for Roman today. Roman gave us all of himself, his health, his life - let's feel responsible to help him now.

"We are a METAL BROTHER and not just listeners. The concert will be recorded and then released on DVD. Support history and be part of it!!!
WE INVITE YOU \ m /" Tickets for the event are available here.