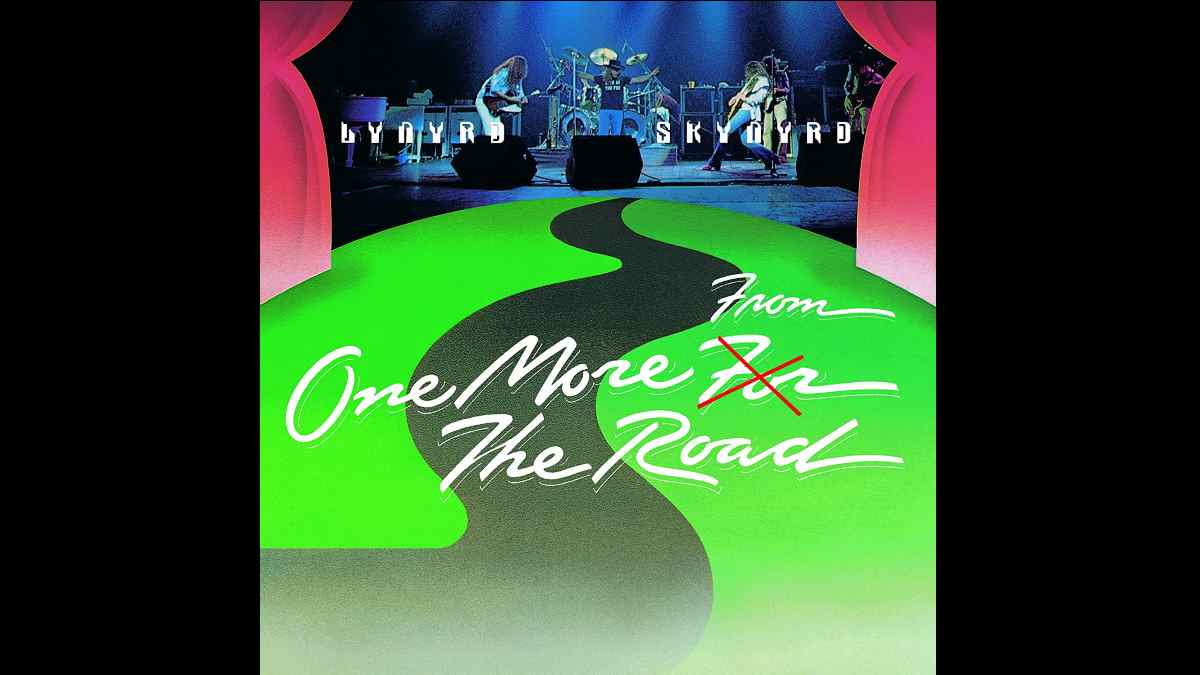 The 45th anniversary of Lynyrd Skynyrd's "One More For The Road" is being celebrated by the syndicated radio show In The Studio With Redbeard: The Stories Behind History's Greatest Rock Bands.

"One of rock's most muscular live albums, Lynyrd Skynyd One More from the Road confirmed the wisdom of the 'best of, live' double album/ lower price formula established earlier that year of 1976 with similar packages from Peter Frampton and Bob Seger. Unknown to us outside of the band's inner circle was its importance in buying Lynyrd Skynyrd some much-needed time to regroup from the loss of guitarist Ed King, midway through the notorious 1975 'Torture Tour', and the crash and burn (sorry) of original drummer Bob Burns while on tour in England; the middling sales of the subsequent studio album Gimme Back My Bullets ; and finding just the right third guitar player in Steve Gaines. Gary Rossington and the late bass player Leon Wilkeson tell the story of One More from the Road on its forty-fifth anniversary here In the Studio.

"In September 1976, Lynyrd Skynyrd and Atlanta's venerable Fox Theater each needed a minor miracle. Performing over three hundred shows on 1975's notorious 'Torture Tour' had original Lynyrd Skynyrd members dropping like flies. Forty-five years ago, three things were evident: America's hyped bicentennial was entering the history books even as the wrecking ball was heading for the Fox Theater; a live 'best of' discounted price double album by Peter Frampton earlier that year was re-writing the record books; and Lynyrd Skynyrd was selling more concert tickets than copies of their diminished ranks studio album Gimme Back My Bullets . The band needed a stop-gap recording that could capture their lightning in a bottle live show, and the Fox Theater needed a lightning rod which could make saving it a cause celebre. Original co-founder guitarist Gary Rossington joins me here In the Studio for the story, with archival interviews from the late bass guitarist Leon Wilkeson and keyboard player Billy Powell.

"This episode is particularly melancholy, as the interviews underscore the continued loss of dear hearts and enormous musical talents from Lynyrd Skynyrd, as well as the pride and fierce determination of the sole original survivor, my guest Gary Rossington. For example, Leon Wilkeson , the 'cat in the hat' with sunglasses, appears here in what turned out to be his last radio interview before dying in late July 2001. And the late pianist Billy Powell makes a cameo as well.

"In this classic rock interview, co-founding guitarist Gary Rossington is with me for the 45th anniversary of the band's pivotal 1976 live album One More From the Road to honor them, and the many others who have passed through the ranks of Lynyrd Skynyrd, then passed away." Stream the episode here.