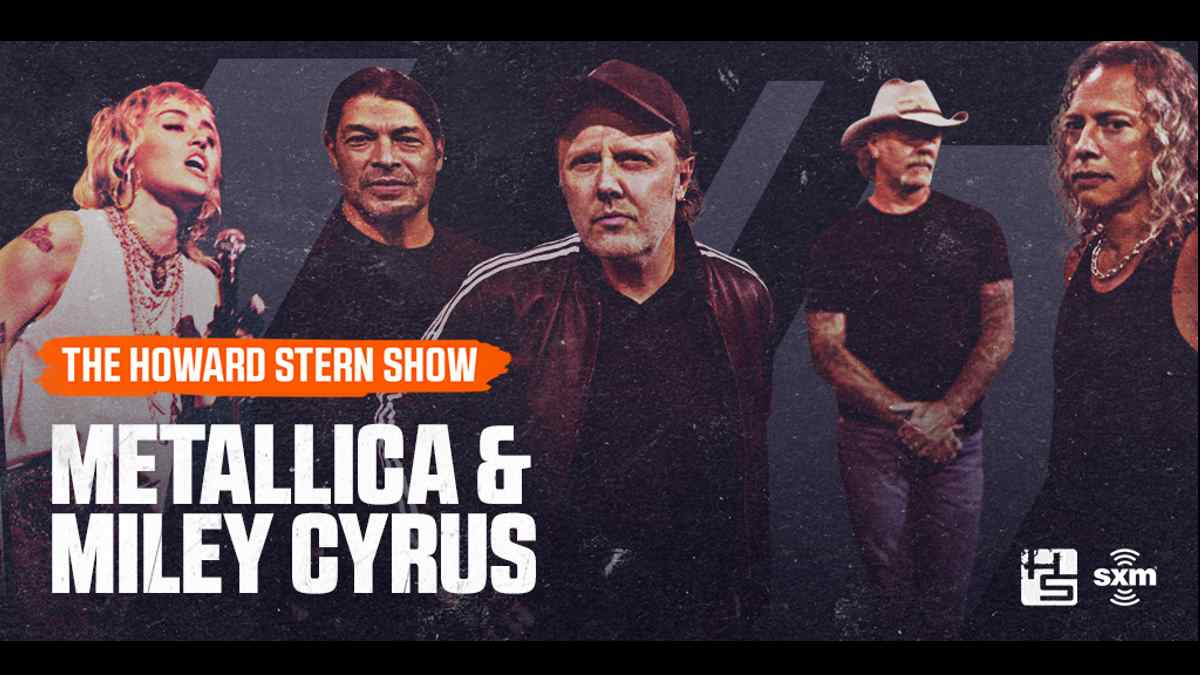 (hennemusic) Audio of a September 9 performance by Metallica and Miley Cyrus on The Howard Stern Show has surfaced online ahead of its expected official release by the SiriusXM program.

"In celebration of the reissue of The Black Album and the release of 'The Metallica Blacklist' this Friday, the one and only Howard Stern has invited us back for another virtual visit," said Metallica in advance of the appearance. "Not only will we have the honor of chatting with Howard, but our new friend Miley Cyrus - who was kind enough to record 'Nothing Else Matters' for The Blacklist - will be joining the fun too. We'll be in Los Angeles with Miley, while Howard will be in his New York studio, and in between the chatter, we'll grab the guitars, climb behind the drums, and play a few songs!"

"The Metallica Blacklist" features interpretations of songs from The Black Album from more than 50 artists spanning a vast range of genres, generations, cultures, continents and more; among the artist involved are Ghost, Weezer, Royal Blood, Chris Stapleton, Juanes and more.
The collection will be available digitally September 10th, with physical formats to follow on October 1st including 4 CD and a limited edition 7 LP vinyl pressing; all profits from the project will be split evenly between the All Within My Hands Foundation and 50+ charities chosen by the artists who play on the album. Stream the Stern appearance here.