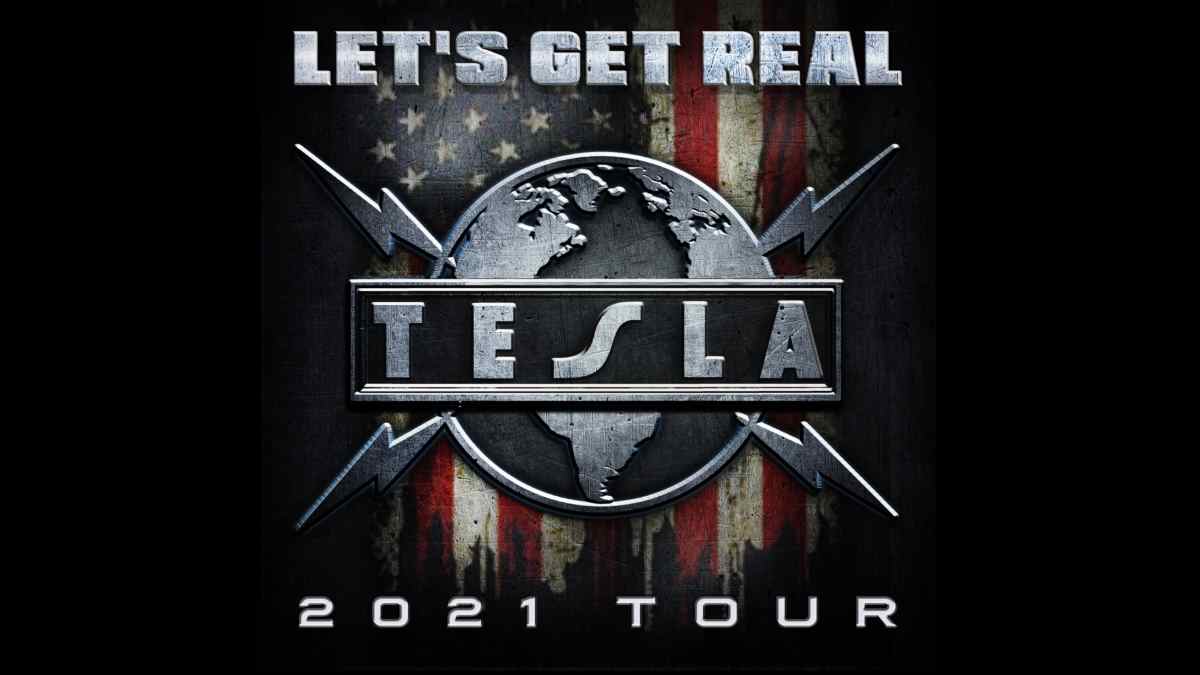 (hennemusic) Tesla are preparing to return to the road following a series of postponed US dates due to Covid issues within the band. The California outfit will restart their "Let's Get Real" series in Roanoke, VA on September 16 after experiencing multiple cases within their organization, including guitarist Frank Hannon, who missed the first few dates last month as he dealt with effects of the virus.

Ahead of their scheduled September 16 show in Roanoke, VA, Tesla are sharing a video outlining their tour schedule that is accompanied by the newly-released new single, "Cold Blue Steel."

The song "is influenced by current events of the world, just like our debut single 'Modern Day Cowboy' (1986)," Hannon explains, "and touches on the subject fairly and open-minded by asking, 'What's to blame?' when it comes to violence in the world. More importantly, the recording and production of the song and video are kept raw and real, just the way Tesla fans want to see and hear us. We are survivors and have been rocking for 35-plus years!" Watch the tour video here.