Bryan Adams In The Studio For 'Waking Up the Neighbours' Anniversary 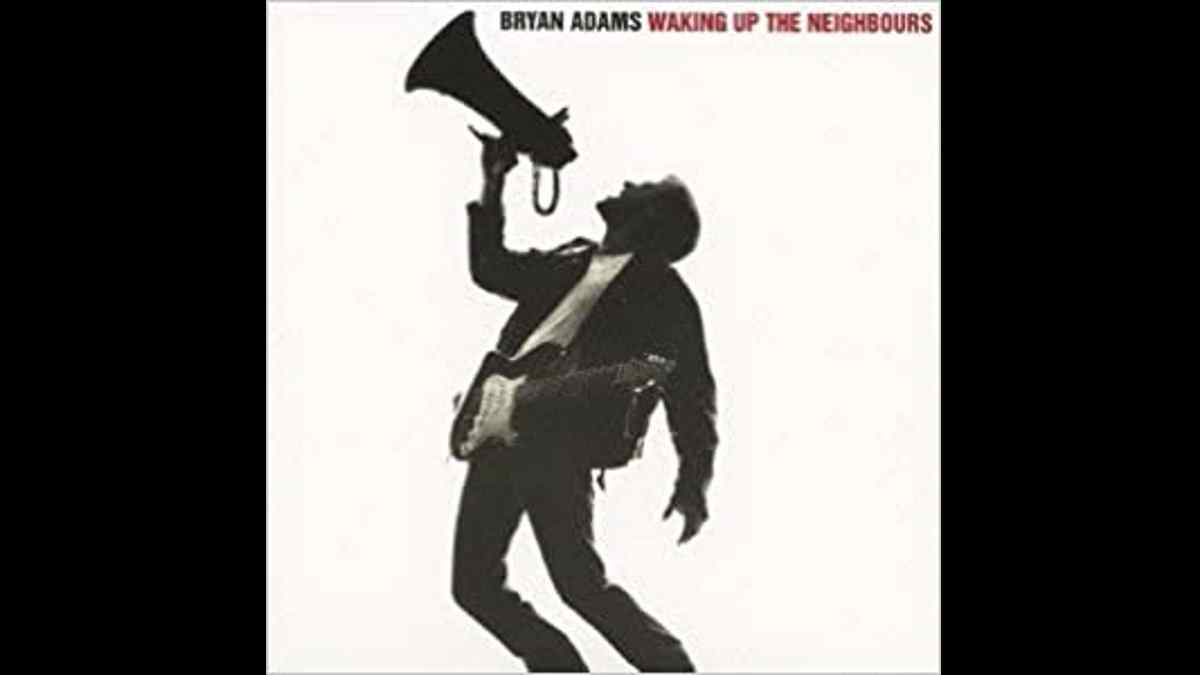 Bryan Adams' "Waking Up the Neighbours" album's 30th anniversary is being celebrated by the syndicated radio show In The Studio With Redbeard: The Stories Behind History's Greatest Rock Bands.

The show's host Redbeard had this to say, "The Bryan Adams 1991 album Waking Up the Neighbours was gi-normous the world over ( 16 million sold), containing terrific rockers 'Hey Honey I'm Packin' You In', 'Can't Stop This Thing We Started', 'House Arrest', 'There Will Never Be Another Tonight', 'Not Guilty', and 'Touch the Hand'. It also contained the mid-tempo killer chorus 'Thought I'd Died and Gone to Heaven', plus the closing theme to Kevin Costner/Morgan Freeman's international hit movie Robin Hood: Prince of Thieves entitled '(Everything I Do) I Do it for You'. Bryan Adams is my guest for the Waking Up the Neighbours thirtieth anniversary.

"Because the In The Studio rockumentary series has always focused on the biggest and best rock albums in history, we throw around sales figures each episode of two, three, seven , even ten million sold. But when you actually write out the fact that Bryan Adams sold 16,000,000 copies worldwide of Waking Up the Neighbours since 1991, it starts to take up some real estate on the page. In this week's classic rock interview, diplomat's son Bryan reminds us that he had a passport before he had a guitar, and explains how one song in particular, 'Everything I Do, I Do It for You' appearing under the closing credits at the very end of the Kevin Costner film Robin Hood : Prince of Thieves, put awareness of his considerable talent in front of people in places where Bryan Adams' music had never penetrated." Stream the episode here.