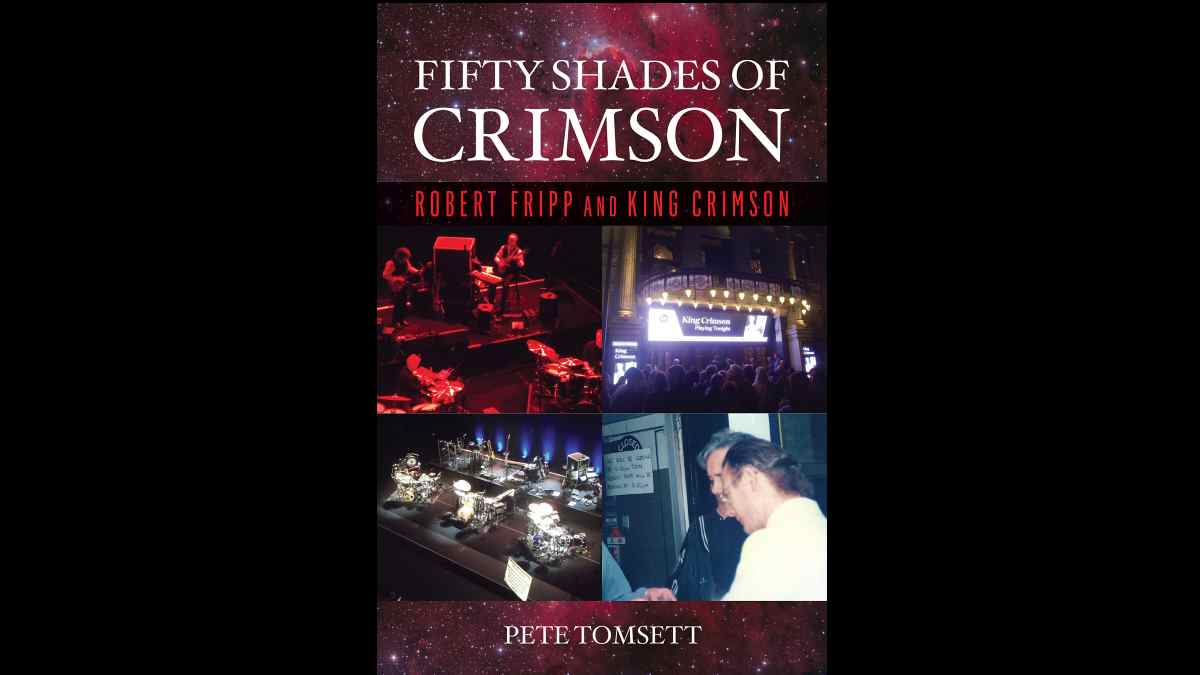 Here is the official synopsis: In 1969, five young Englishmen calling themselves King Crimson altered the course of rock music. With guitar virtuoso Robert Fripp at the helm, the progressive rock band flouted the conventions of rock 'n' roll while battling music business practices. For nearly five decades, King Crimson has continued to innovate and influence the music world, spawning many groundbreaking collaborations and inspiring other acclaimed bands, from Genesis and Yes to Nirvana and Radiohead.

Fifty Shades of Crimson tells the stories of this unique group and its leader, Robert Fripp, over the course of five remarkable decades. Tracing the arc of King Crimson's history-beginning with its initial rise to fame after supporting the Rolling Stones at Hyde Park and the release of its album In the Court of the Crimson King in 1969-this book chronicles how King Crimson became one of the most influential bands of its era. It also highlights Fripp's many collaborations (with Brian Eno, Andy Summers, and many others) and the bands that King Crimson members went on to form, including Emerson, Lake & Palmer, Foreigner, UK, and Asia.

Cycling through countless members, and rejecting Elton John and Bryan Ferry along the way, King Crimson has released many highly acclaimed albums and maintained a large global following. There are numerous spurious claims about bands changing the course of music, but Fripp and the members of King Crimson have done so several times over! Now, in Fifty Shades of Crimson, fans can get the behind-the-scene details of rock history in the making.

Pete Tomsett is an author who also dabbles in music, photography, and videos. An avid Fripp fan for over forty years, he was introduced to prog rock and jazz fusion at an early age by his older brother, developing a passion for imaginative music that goes beyond conventions and clichés. He lives in London.

Since 1991, Backbeat Books have been favorites among passionate music fans and musicians. Known for their depth, spirit, and authority, Backbeat offers a diverse range of books - from biographies and memoirs, critical examinations and histories, to authoritative volumes on musical instruments and instruction - covering all areas of rock 'n' roll, jazz, and beyond. Order the book here.

In The Court Of The Crimson King Coming To Home Video

In the Court of the Crimson King, King Crimson at 50 Hitting Movie Theaters