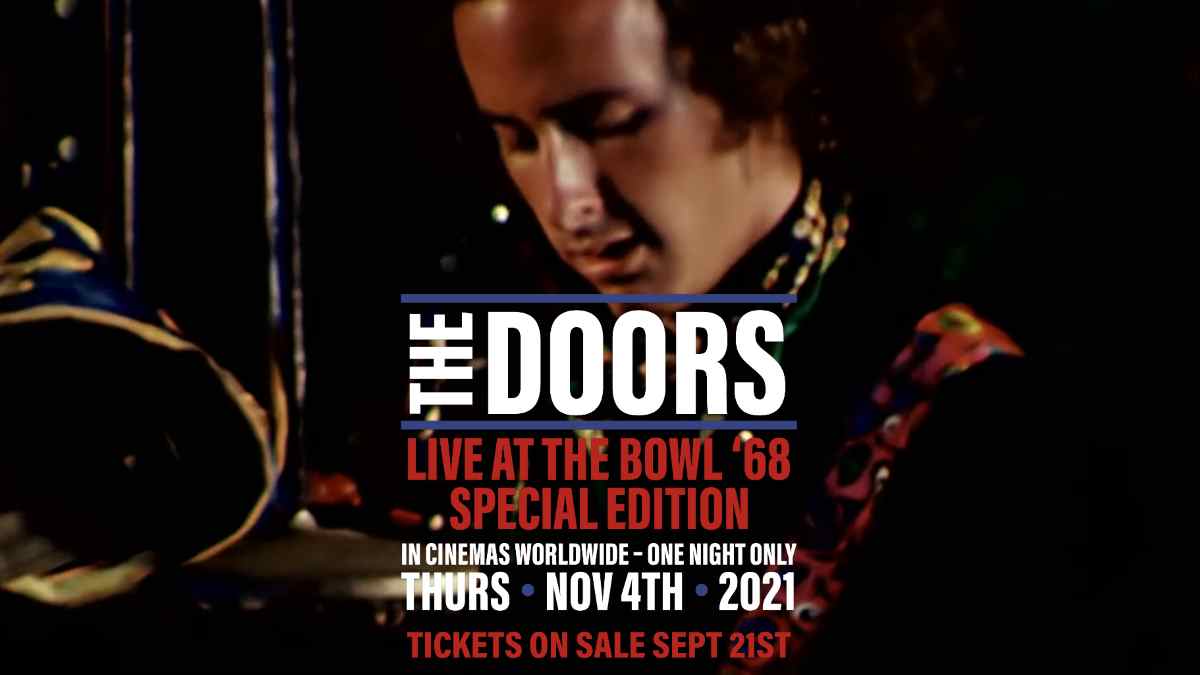 (hennemusic) The Doors will screen their concert film, "Live At The Bowl '68 Special Edition", in cinemas worldwide on November 4. The project captures the band in performance at the Hollywood Bowl on July 5, 1968 - just two days after the release of their third album, "Waiting For The Sun", and a month before the record's second single, "Hello, I Love You", would spend two weeks atop the US Billboard Hot 100.

This theatrical "Special Edition" release creates an in-cinema experience as the film has been remastered in Dolby ATMOS® (where available) and 5.1 surround sound by engineer Bruce Botnick, and delivers the concert in its entirety, where The Doors mixed their new material with songs from their first two albums.

"The magic that has been done to enhance the picture and sound quality of this show will make everyone feel as though they have a front-row seat at the Hollywood Bowl," says guitarist Robby Krieger.

In addition to viewing the full concert film, this special event includes extras filmed exclusively for the big screen: a brand-new musical performance of Krieger and drummer John Densmore with special guests, plus a conversation with Densmore, Krieger, and the band's manager, Jeff Jampol.

Tickets for "The Doors: Live At The Bowl '68 Special Edition" screenings will go on sale Tuesday, September 21 at TheDoorsFilm.com, where fans can find details regarding participating theaters and more. Watch the official live video of "Hello, I Love You" from the film here.