Lizard Music Returning with First New Music In Over 25 Years 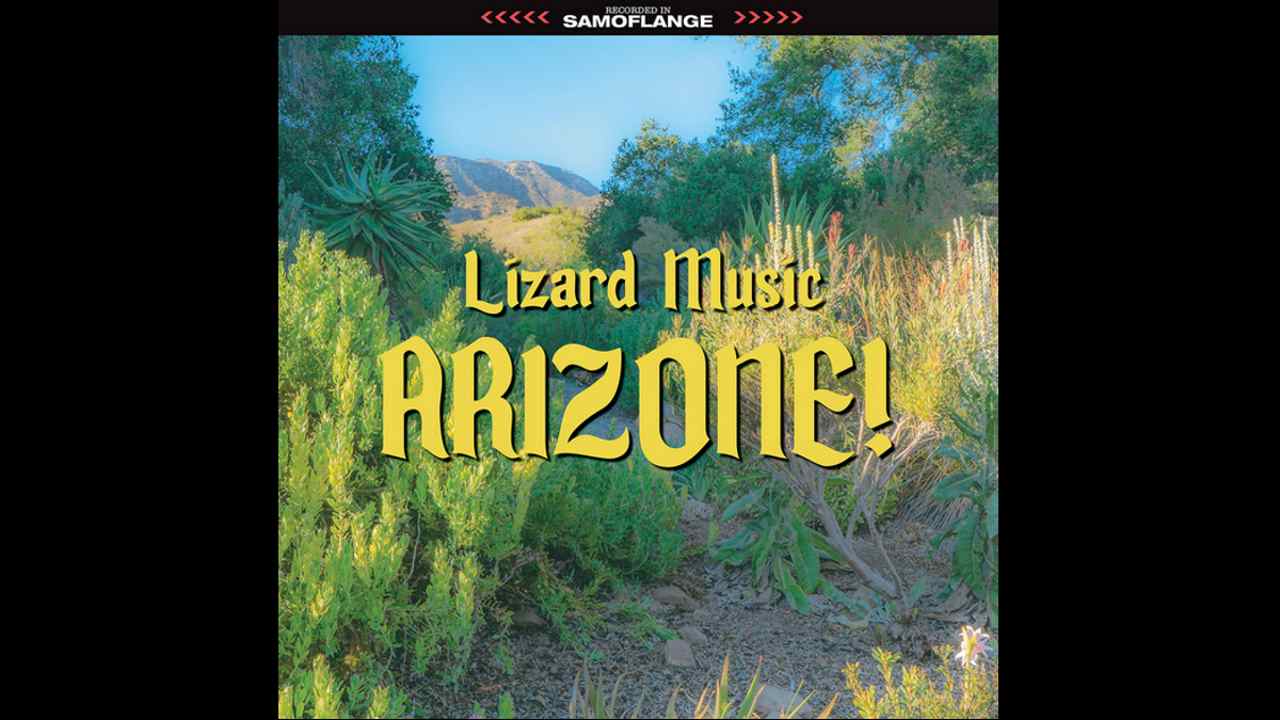 Lizard Music have announced that they will release their first new music in more than 25 years with their new album, "Arizone!," which is set to be released digitally and on CD on October 8th, followed by a vinyl release on December 10th.

We were sent the following details: In the summer of 2020, while the world was in lockdown, the Lizard Music text chain crackled to life as the idea of working on new music was unanimously embraced. The only "rule" set forth was that any idea presented had to be brand-new and created in the moment. The tracks flew back and forth from coast to coast over the next three months as each song morphed into existence during what could be described as a slow-motion improvisation.

And thus, Arizone! was born. The excitement of working together again on something positive during such a dark time, coupled with creatively reconnecting after a break of over two decades, is baked into this remarkable album.

These wide-ranging songs range from the blistering rock of "The Crow Flies" to the intricate, epic pop construction of "Keystone Cops" to the earnest "They Did Their Best" to the measured soul influence on "Under the Table." Each song is served up with appropriate amounts of Lizard Music's signature humor. The lead single, "Mixtape," is an autobiographical recollection of getting a junior-high mixtape - after waiting for months - which contained British and American New Wave music. Tragically, upon arrival, there was no label & the J-Card was blank.

The band's three-decade history began in Atlantic Highlands, N.J. in 1989 when high-school friends Jorgensen and Paparozzi started learning and writing songs with a four-track cassette machine. Pillaging their parents' record collections, the two discovered the musical universes of the Beatles, Captain Beefheart, XTC, the Meters and many more. Soon after, Chris Apple and Craig Smith joined the band, forming the classic lineup.

Their harmony-driven, surreal pop sensibility stood in stark contrast to the grungy, testosterone-addled sludge rock oozing all around at the time. After two self-released EPs, Lizard Music and Lobster T, Dave Allen (Gang of Four, Low Pop Suicide) signed them to his Los Angeles-based World Domination Records in 1993. The band released two LPs and toured extensively in the U.S. and U.K., opening for Pere Ubu and Yo La Tengo, before taking a hiatus in 1997.

Jorgensen moved to Chicago in 1998, and joined Wilco in 2002 before landing in Ojai, Calif. in 2012. In addition to his solo projects Quindar and Expandards, Jorgensen has worked with Ray LaMontagne, Stereolab, and the Mother Hips. Paparozzi moved to Los Angeles and is a member of Cat Power, a composer for RuPaul's Drag Race and has worked with Brian Wilson, Denny Laine, the Monkees, and Lana Del Ray. Smith relocated to Pennsylvania, while Apple remained in the band's native New Jersey, founding Little Rockers music school with his wife Jessie as well as playing bass with Joey Molland's Badfinger and Latin Rock band deSoL.

Lizard Music Returning with First New Music In Over 25 Years