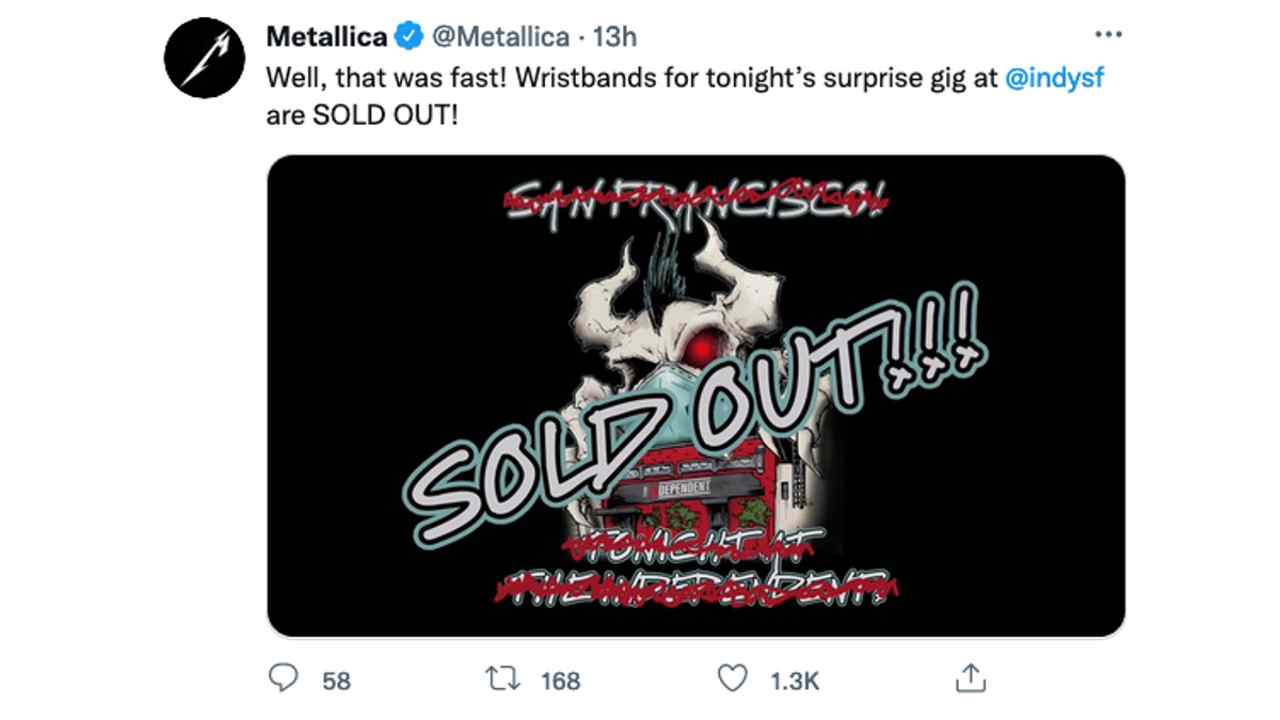 Metallica played a special intimate hometown concert on Thursday night (September 16) at the 500-capacity The Independent in San Francisco, which was announced at the last minute.

The band shared the news via social media, "Hey! Gonna let you in on a little secret, "We're playing tonight at The Independent in downtown SF. Grab a $20 bill and get your ass to the box office right now! Proof of vaxx is required to get a wristband and it's gonna sell out fast. One ticket per person, cash only!"

The venue had this announcement, "SURPRISE SAN FRANCISCO! Metallica TONIGHT, Don't walk, RUN to our box office with $20 cash right now to grab a wristband!

"It will sell out fast! Per city mandate, proof of vaccination required to purchase. Cash only. 1 per person & you must be present as wristbands will be placed on you at time of purchase."