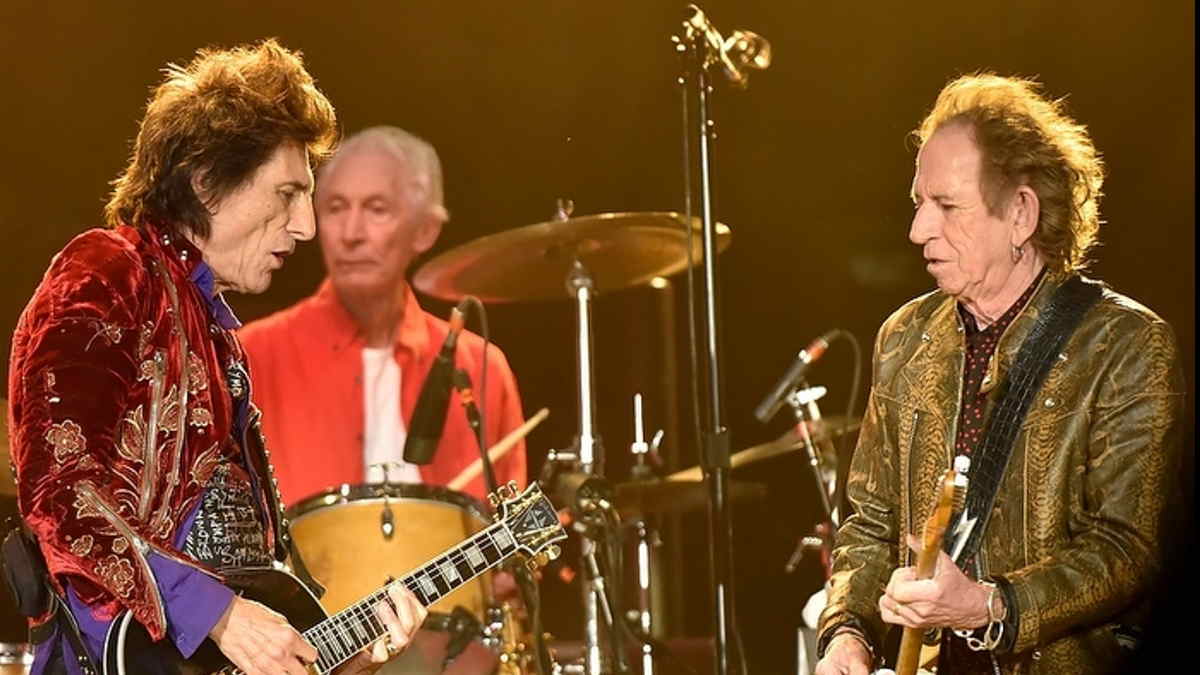 (hennemusic) The Rolling Stones dedicated their No Filter US Tour to late drummer Charlie Watts during an emotional opening night in St. Louis, MO on September 26.

The evening began with a video tribute to Watts - who passed away on August 24 at the age of 80 - before they took the stage at the Dome at America's Center for the show-opener, "Street Fighting Man", with Charlie's friend and hand-picked stand-in, Steve Jordan, on drums.

As Variety notes, following the night's second song, "It's Only Rock 'N' Roll (But I Like It)", co-founders Mick Jagger and Keith Richards, with guitarist Ronnie Wood, moved to the front of the stage and joined hands.

"I just want to say that it's quite emotional seeing those images of Charlie up on the screen," Jagger told the crowd, as seen in footage Richards shared the next day on social media. "This is our first tour that we've ever done without him. The reaction from you guys, everything you've said and we've heard from you, has been really touching. And I want to thank you very much for all your appreciation.

"We all miss Charlie so much, on the stage and off the stage, and we'd love to dedicate this tour to Charlie. Here's to you, Charlie!"

The Rolling Stones delivered a 19-song set of classic tracks, and featured their 2020 single, "Living In A Ghost Town."

The US tour will continue on September 30 with a concert in Charlotte, NC. Watch video of the tribute here.