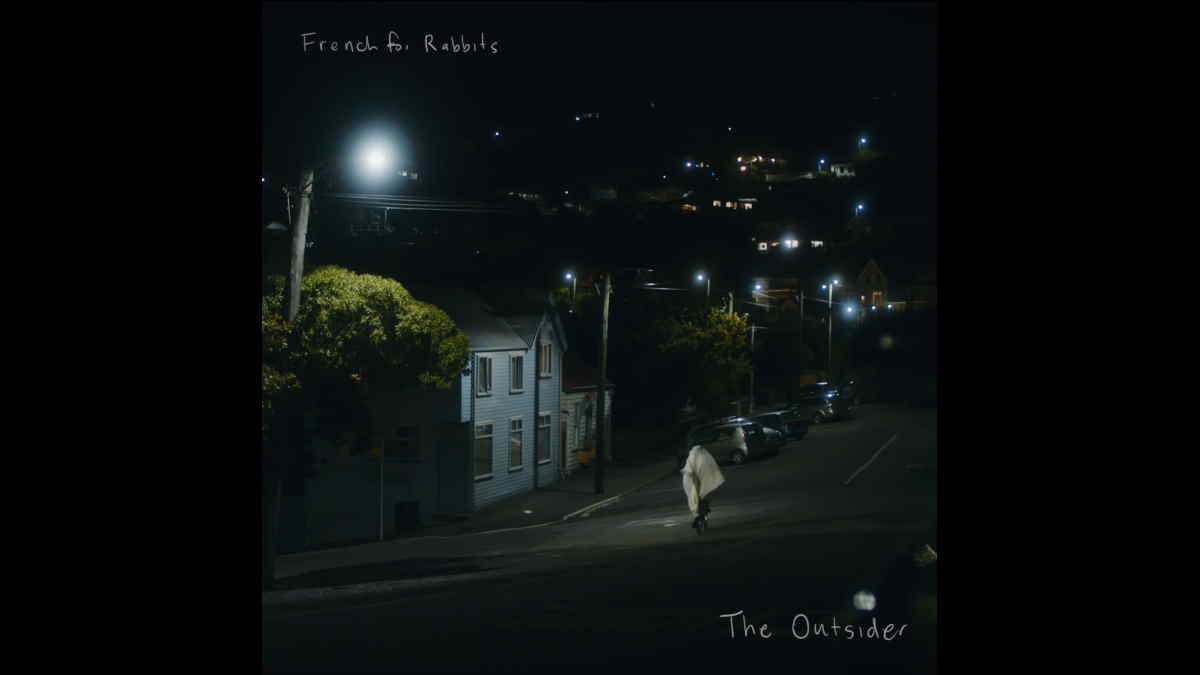 New Zealand-based group French For Rabbits just released the video for their new single "The Outsider" and to celebrate we asked vocalist Brooke Singer to tell us about the track, which comes from their forthcoming album "The Overflow". Here is the story:

I wrote the Outsider in the USA in 2019 with Marc Orrell (the Dropkick Murphies) and Brooke Johnson. Previously much of my songwriting has been solo or with close collaborators but I started delving into the world of co-writing and found it to be inspiring.

(On the day we discovered we were all vegan and they introduced me to acai cups - I thought this was a very LA concept.) It turned into something of an introverts anthem. I love how it builds into this soaring outro.

I'd been invited by a friend to a party not long after I landed in LA - a swimming pool, palm trees, musical heroes of mine (who were of course actually just lovely, interesting people). I'm quite a shy person, and the culture shock of coming into this from my normally quiet life in Wellington was real!

The song is about being that introvert at a party, inhibitions and trying to fit in.

The Outsider video is one of four music videos I created with my good friend Martin Sagadin for this record. I love that we went really deep into the visual world for each song and each of them is quite distinct to the song. My simple idea for it (haha) actually turned out to be quite complex due to all the night time shooting -Julian Vares did the cinematography.

I am slightly obsessed with the video we made - it is spooky, and cinematic. This song was always vivid with imagery for me, and so the storyline wrote itself and I could picture in my head every scene. I absolutely adore the ending - dancing in my room, and dancing with everyone when we're all ghosts.

The ghost costume came together when I put my hat on underneath - I felt very at home under my canopy of white cotton.

For the party scenes, I invited a bunch of friends including Christchurch musicians Siobhan Sainte, Julius Black, Oriana Setz, Laura Lee Lovely.We actually did have a real party, and so all the dancing and happy faces were genuine and not acted, we had quite a lovely time!

My oldest pal Emma was there too, and she took the photo that has ended up being the album cover of the record. I think we took that one sometime way after midnight, under the streetlights.

We filmed the video in Christchurch, NZ - but I wanted the film to have a 90s American movie aesthetic. My mum and I went searching out a street to film on, and came across this beautiful tree lined street. People were peering out their windows as we filmed - it must have been quite a sight to see this ghostly figure slowly walking down the center of the road.

We met some fans of the music (coincidentally) on the street earlier in the night, and they kindly let us use their front door for some of the shots we needed to do. Before this, my mum and I had a rather funny time, choosing our favorite houses and then trying to pluck up the courage to ask our odd request of filming me (dressed as a ghost) opening their front door. We also staked out the street the day before filming, trying to figure out when the street lights turned on because I had an idea for a shot where as I walked past the street light...it would turn on. That turned out to be far too hard - but we did it with a candle instead in one of the shots.