Singled Out: The Bootheels' Interstate 68 Blues 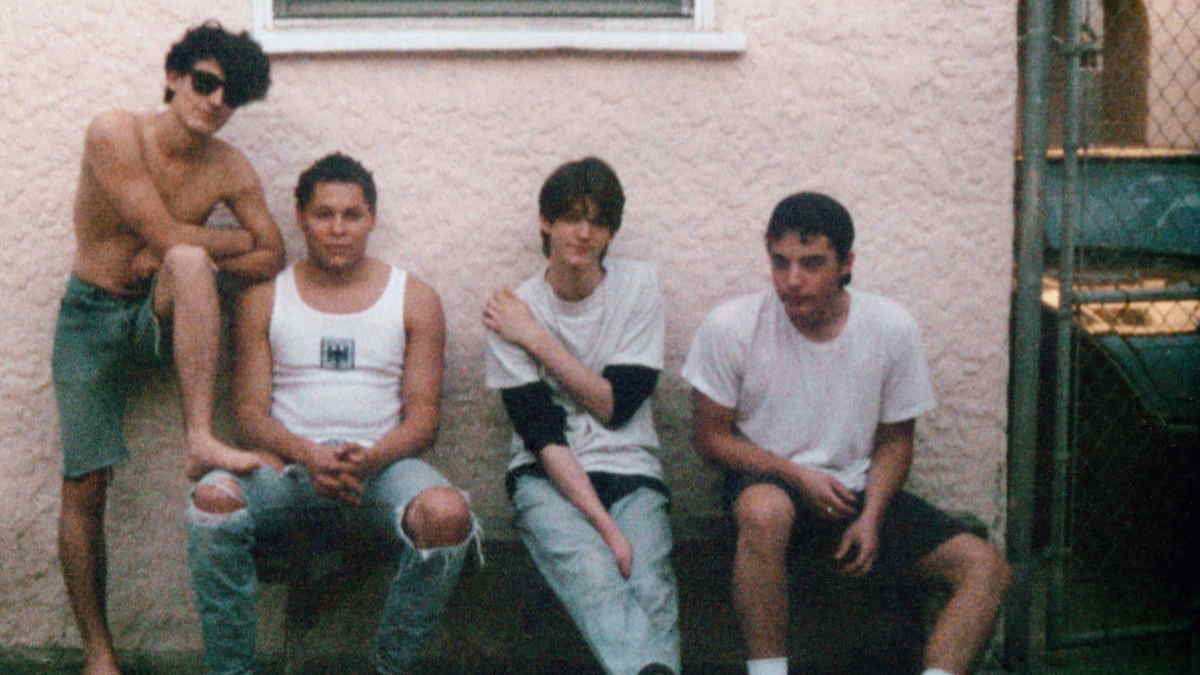 The short-lived group The Bootheels (Luther Russell, Jakob Dylan, Tobi Miller and Aaron A. Brooks) just released their new collection "1988: The Original Demos" and to celebrate we asked Luther to tell us about the song "Interstate 68 Blues". Here is the story:

All of the songs on "1988: The Original Demos" by The Bootheels are among the first I ever wrote for a real band. I was seventeen and had been through some recent upheavals that shook me to the core, not in the least of which was the death of a very close friend of mine. He was older than me, a brother of a school friend and one whom I befriended based on a mutual love of rock and roll music.

In his bedroom he turned me on to records like Empty Glass by Pete Townshend, Forever Now by the Psychedelic Furs, Reckoning by REM and more, and his laugh was a bemused giggle as he chain-smoked Marlboro Reds. We also used to jam tirelessly-me on drums, he on guitar-trying to figure out ways to start a group. But he always had to rush off to some new girlfriend or job. I was jealous!

This was in Northern California shortly before I moved back to my place of birth, Los Angeles. The tune is "Interstate 68 Blues" and was based off a riff scared up by my brand new new bandmate, Jakob Dylan on his '53 Tele. Tobi Miller followed up with a climbing, reaching riff that yearned and it must have brought something out of me, so I penned this little tribute to the last time I saw this older kid I looked up to (he was three years my senior).

The time recalled in the song is one of he and I driving out to Salinas from Monterey to pick up his younger brother from the train. We took his Mom's Jeep, those bizarre contraptions called a "Thing", and the metal of the car was freezing to the touch, as I recall. The song is full of what I presume to be jumbled feelings, the kind you get when someone's warm kinship is snatched from you in an instant-in this case, a terrible motorcycle crash.

He lingered in the hospital for twelve days, where I spied him through the fogged window, too scared to go into his room like everyone else. I had only just been in a bad car accident myself, my first car, a VW Bug, in which I was broadsided within three weeks of acquiring it. I rolled in it ominously, finally chewing the windshield-so I could imagine this terrible day all to vividly. A truck's mirror caught his bike going the opposite direction out on the winding roads of Cachagua.

It was the first of many unfortunate deaths I would endure in my life, almost to the point of numbness, but as the man says, the first cut is the deepest. The track will always mean something to me....I guess a stark reminder that people are real and the connections we make with them are vivid and must be kept alive to stay real. I still play the song to this day. Last time was in Bergen, Norway, and even then, I could feel closer to the poor kid, who was only nineteen at the time of his death in November, 1987 and would have now been a man.

Singled Out: The Bootheels' Interstate 68 Blues