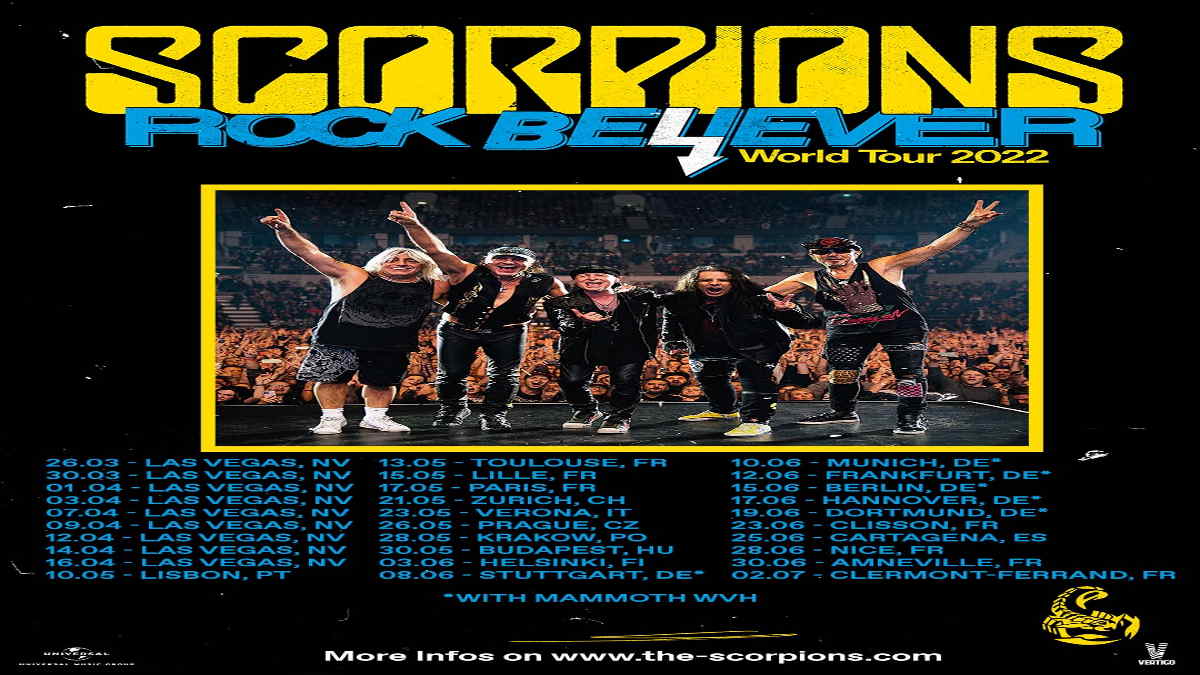 Scorpions have announced that they will be kicking off 2022 with the release of their brand new album "Rock Believer", followed by the launch of a world tour.

The band will be releasing the new record, their 19th studio album, on February 11th and will share the first single, entitled "Peacemaker", on October 21st, 2021.

Frontman Klaus Meine shared, "The album was written and recorded in the Scorpions DNA with core Schenker/Meine compositions. We recorded the album as a band live in one room, like we did in the '80s."

That one room was at Peppermint Park Studios in Hannover, Germany. The effort was mixed at the legendary Hansa Studios in Berlin, Germany with multiple Grammy nominated engineer Michael Ilbert.

Following the album release, the band will be kicking off their Rock Believer World Tour with a string of nine Las Vegas Residency dates at the Zappos Theater from March 26th through April 16th.

After a short break, they will launch a European tour on May 10th at the Altice Arena in Lisbon, Portugal with dates announced that run through early July.

They said in the announcement that the six dates in France and six dates in their native Germany will feature support from Wolfgang Van Halen's Mammoth WVH, however the concert poster only lists the German dates featuring the band. See the dates below: