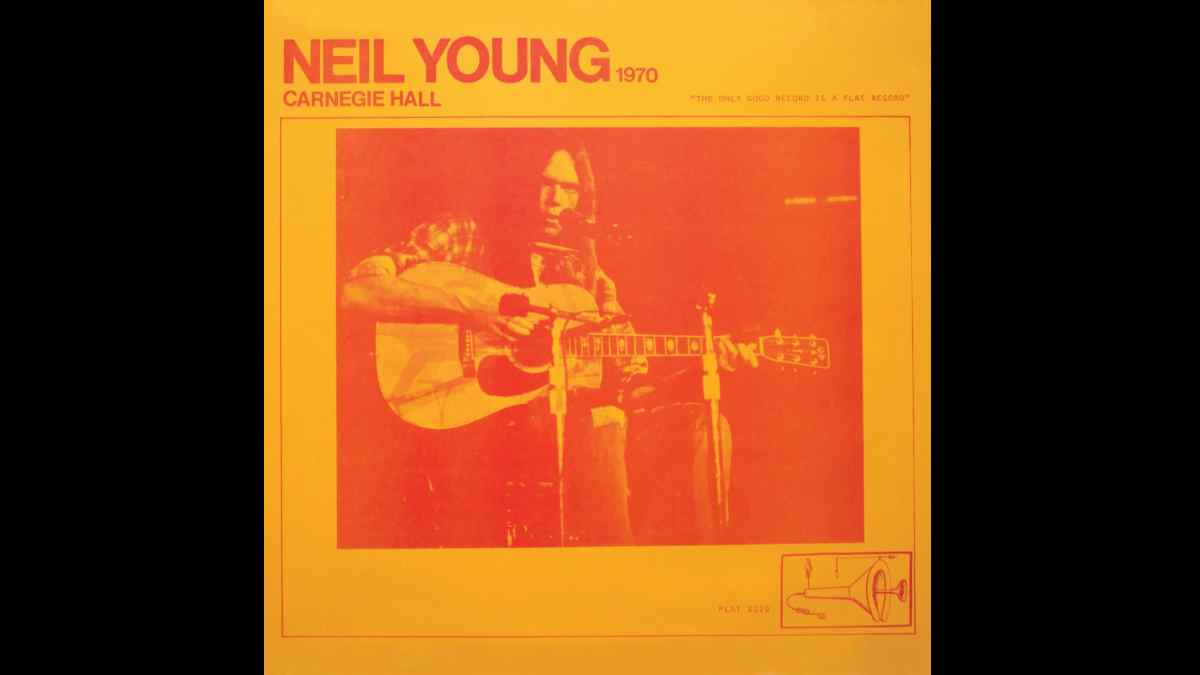 (hennemusic) Neil Young is sharing audio of "Sea The Sky About To Rain" from a 1970 Carnegie Hall show that will launch his Official Bootleg Series on October 1.

It's one of a few songs that are featured in Young's debut performance at the iconic New York venue that were captured before they were recorded in studio and released; in this case, the tune eventually appeared on his 1974 album, "On The Beach."

Mixed from the original analog multi-track tapes by the rocker and Niko Bolas, "The Neil Young Official Bootleg Series -- Carnegie Hall 1970" delivers a solo acoustic show that took place three months after he issued his third album, "After The Gold Rush."

"Listening to existing bootlegs, it seems that all the bootleggers got the second Carnegie Hall show," shared Young on the Neil Young Archives last year when announcing the project. "There was one at 8:00 pm and one at midnight [about 27 hours later]. No one got that first one - the first time I walked onstage at Carnegie Hall, blowing my own 25-year-old mind.