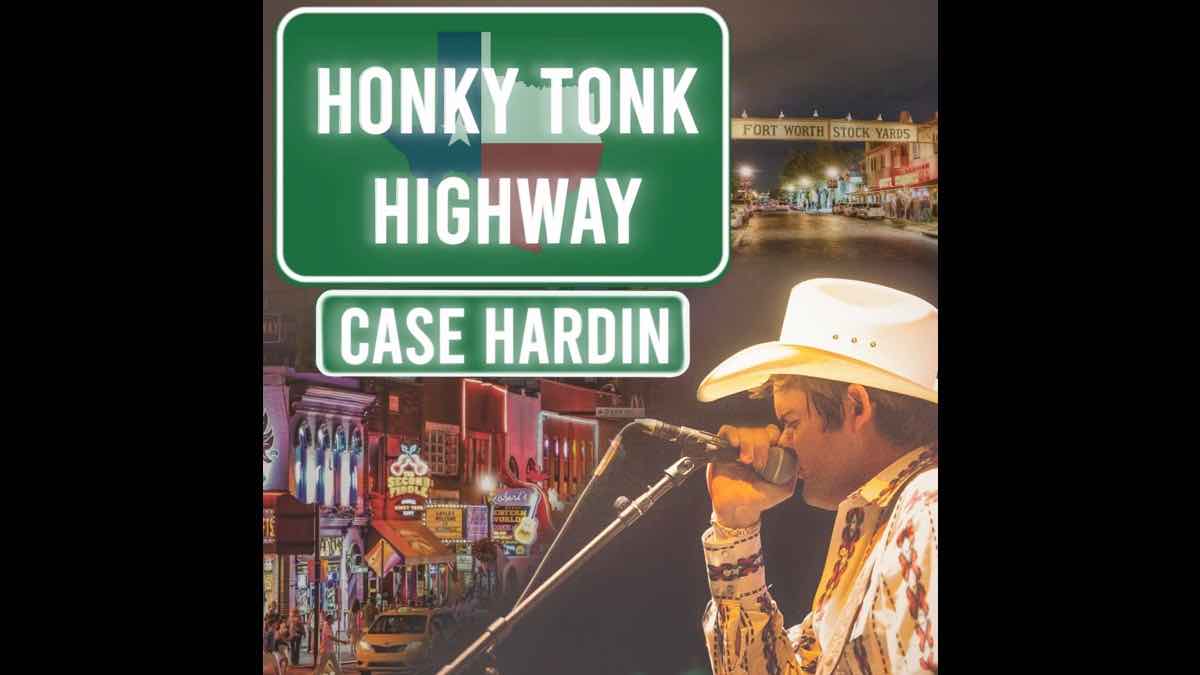 Case Hardin recently released his new album, "Lucky Him", which he coproduced with Ronnie Huckaby (George Strait), Kenny Grohman (George Strait), and to celebrate we asked him to tell us about the single "Honky Tonk Highway". Here is the story:

"Honky Tonk Highway" began as a song that was written and pitched to me by accredited Nashville songwriter Bernie Nelson. Once I heard the lyrics and learned the story behind the song, I knew that I had to cut it. Not only is "Honky Tonk Highway" a story that I've lived through chasing white lines on the road and playing shows, but also a story that is relatable to me through the homage to those who helped pave the way for a new generation of honky tonk troubadours.

Hank William, George "No Show" Jones, and George Strait were some of the main icons and idols that I have always looked up to when it comes to my neo-traditional style of country music. Without the lyrics and sounds of these country music legends, there's no question that my love for and type of songs I sing would be completely different. Hank, Jones, and Strait truly did clear a path and pave the way for my style of country music, making my own "Honky Tonk Highway" as accessible as ever.

When recording the track in Bismeaux Studios, the song struck a chord with all of the musicians involved. I feel as though on this particular track, the musicians were able to try things they normally wouldn't try on a simple country song - which in turn makes the song "pop" more to the listeners on the radio. Thanks to the writers, the studio musicians, my band, and those legends that helped pave the way for artists like myself, it's no wonder that "Honky Tonk Highway" holds the modern Texas Country record for the fastest climbing song on the charts. With a radio single as special as "Honky Tonk Highway", who knows what's next - maybe another consecutive #1.