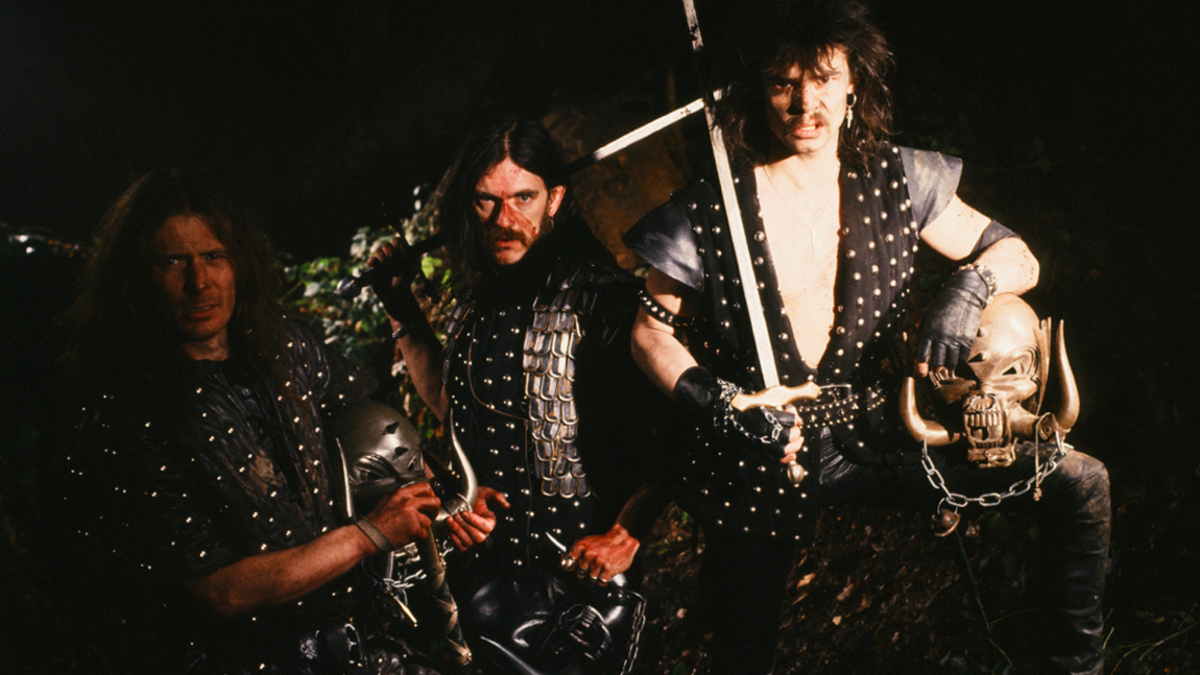 (hennemusic) Motorhead are sharing a newly-restored film promoting their 1982 album, "Iron Fist", as part of the upcoming expanded 40th anniversary edition of the project.

Directed by Nick Mead and filmed in the grounds of photographer Allan Ballard's Hertfordshire home, the footage sees Lemmy, Fast Eddie Clarke and Phil 'Philthy Animal' Taylor stomping around a darkened forest, fueled by vodka and brandishing weapons, wearing horned helmets and looking fierce whilst punching the air with their Iron Fist.

The film was used briefly as a stage intro to the band's 1982 tour in support of the record before ending up in the group's archives, from which it has been pulled and restored four decades later.

Originally cut to Gustav Holst's ominous "Mars, Bringer Of War", it now features the previously unreleased instrumental demo, "Ripsaw Teardown", as its soundtrack, with the audio featured on the 40th anniversary reissue.

Get more reissue details and watch the film here.