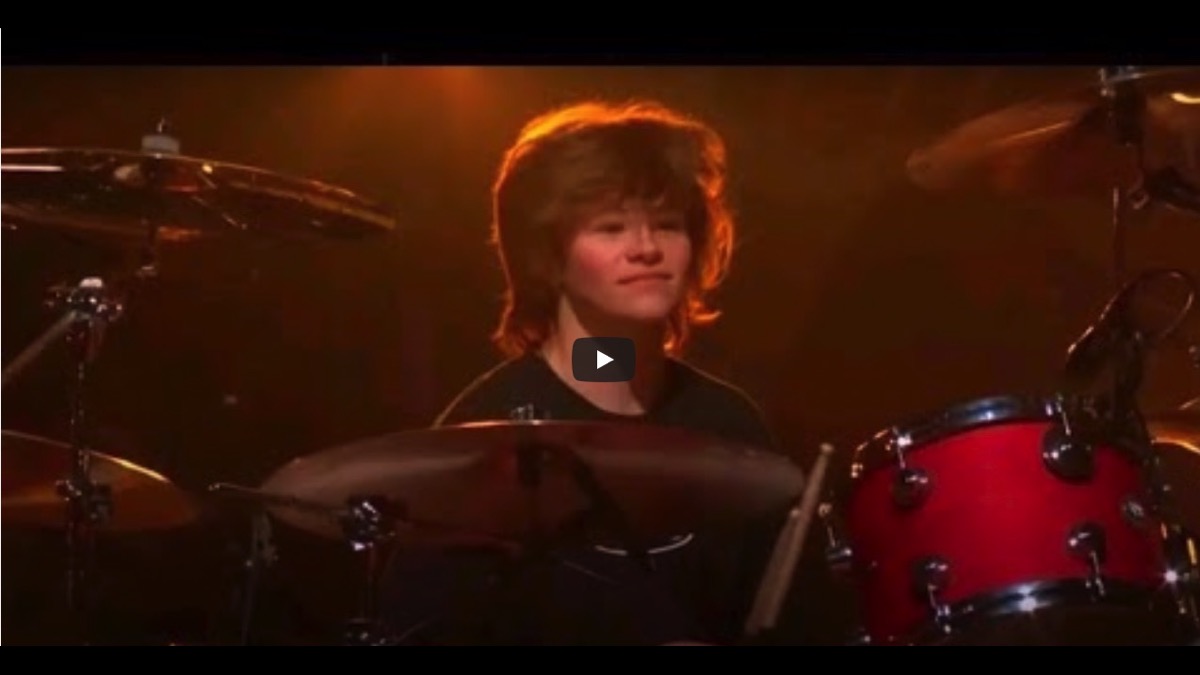 MTV have shared pro-shot video of the Foo Fighters performing "My Hero" with Taylor Hawkins' son Shane at the Taylor Hawkins tribute concert at Wembley as a fundraiser for Music Cares.

Share took the stage with the band at the all-star concert this past Saturday (September 3rd) and performed the 1997 hit. The event included performances from members of AC/DC, Rush, Metallica, The Pretenders, Paul McCartney and more.

The concert was broadcast via Paramount+ and other Viacom outlets and MTV shared the video on Sunday (August 4th) to raise funds for MusicCares x Taylor Hawkins and at press time had brought in $58,459 for the musician focused charity and the video had been viewed 1,953,099 times.

Grohl started the evening by telling the crowd, "Ladies and gentlemen, tonight we've gathered here to celebrate the life, the music, and the love of our dear friend, our bandmate, our brother Taylor Hawkins.

"For those of you who knew him personally, you know that no one else could make you smile or laugh or dance or sing like he could. And for those of you that admired him from afar, I'm sure you've all felt the same thing." Watch the video below: