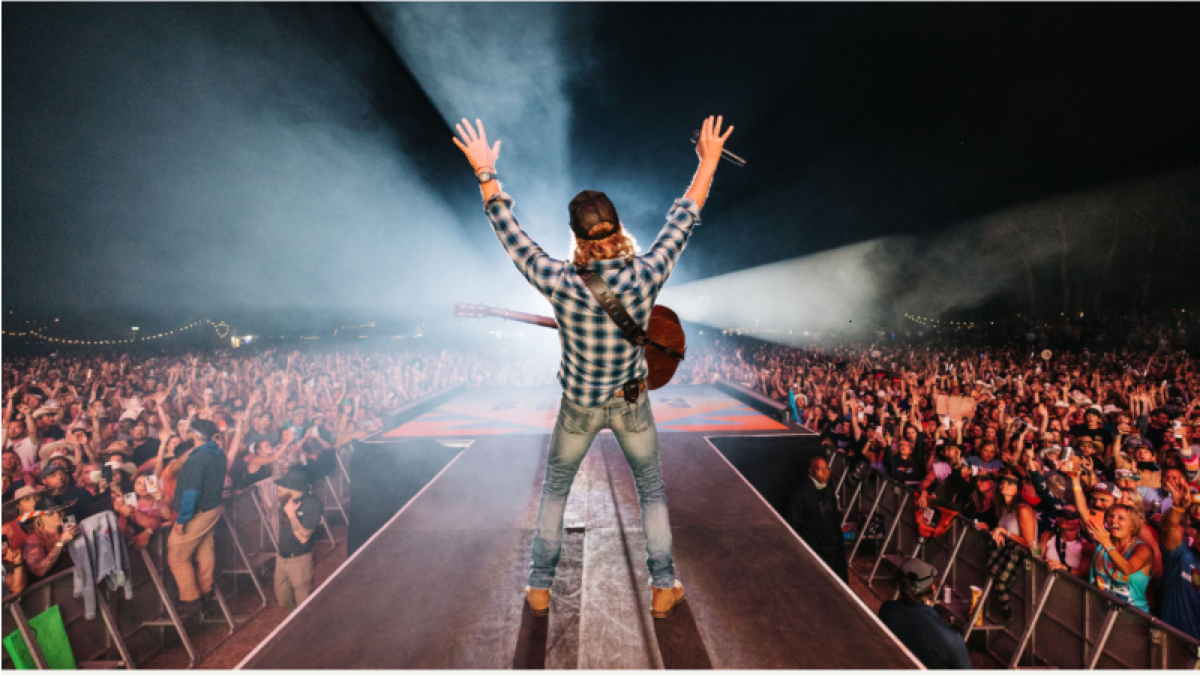 The three-day camping festival nurtured a feel-good atmosphere with surprise collaborations and spontaneous moments across the weekend. During Friday's '90s night, fans descended upon the new mountainous site to watch performances by Rapidgrass, The Frontmen (Richie McDonald, formerly of Lonestar, Larry Stewart of Restless Heart and Tim Rushlow, formerly of Little Texas) along with Tracy Lawrence. Bentley's Hot Country Knights ended the weekend's first night with a raucous set that even saw Tracy Lawrence return to the stage for a crowd singalong.

Campers returned on Saturday for a day stacked with spontaneous moments and collaborations. The festival's second stage, known as "Whiskey Row Stage" also kicked off with performances by Alanna Springsteen, Jackson Dean, Rapidgrass, as well as a surprise Bluegrass pop-up set by Bentley.

Seven Peaks' main stage lineup was also filled with high-energy sets by Boy Named Banjo, Travis Denning, Lainey Wilson and HARDY, who invited both Lainey Wilson and Bentley up for collaborations during his set. Headliner Morgan Wallen brought the house down during his eagerly-awaited performance. Fans then headed back to Whiskey Row Stage for a late night DJ set by Aydamn.

The weekend came to a close with Bentley's hit-stacked headlining performance, with the crowd roaring as he took to the stage for one last time. Ashley McBryde and Jordan Davis returned to the stage to perform with Bentley and then in true Seven Peaks fashion just as fans thought the night was over, surprise guest Peyton Manning appeared on stage. Manning invited Bentley's Hot Country Knights back to the stage and the entire festival sang along to "Friends In Low Places" together.