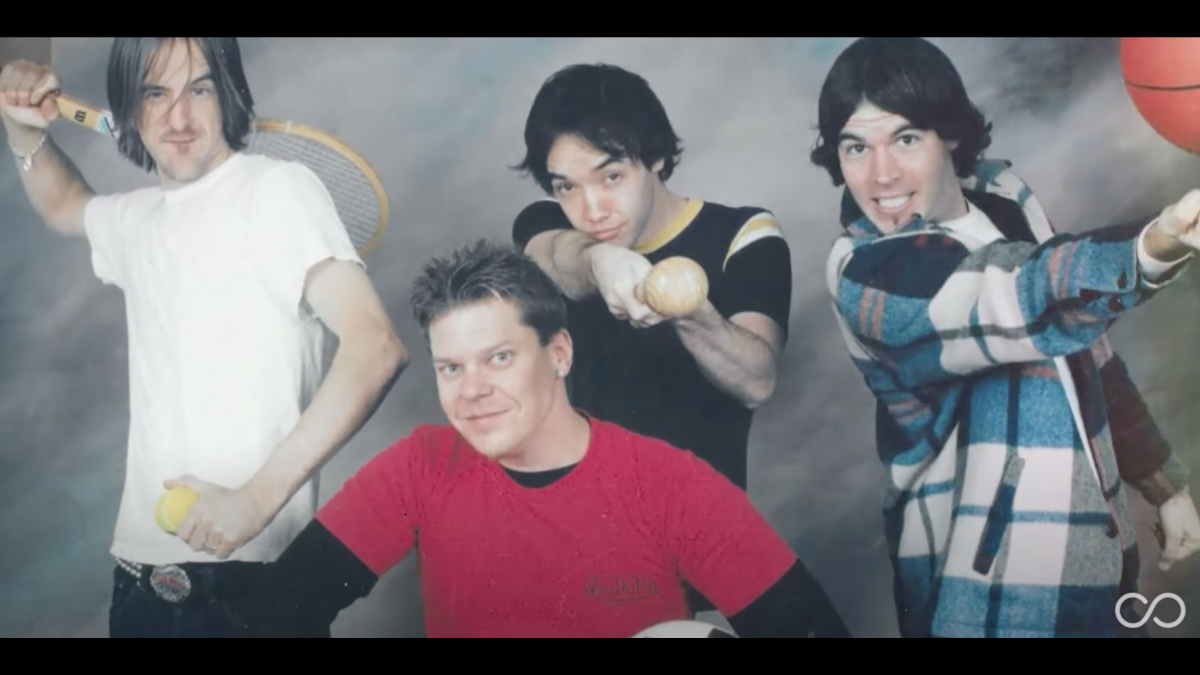 (Trendsetter) After giving fans a preview of the docuseries in last week's trailer, the first episode from the Hoobastank brand new 20th anniversary documentary series is out now.

The clip takes a nice trip down memory lane, revisiting how the band formed back in high school, some nervous Battle of the Bands moments as well as a trip to the Salvation Army for an oversized new wardrobe. New episodes featuring behind-the-scenes moments, untold stories and more will be shared every other Thursday until all seven parts are released.

Hoobastank guitarist, Dan Estrin shares "The first day of school I walk into my auto shop class and I happen to pass a folder on a table, on the folder was a sticker of guitar strings and it registered in my head, oh somebody else likes what I likes" on meeting lead vocalist, Doug Robb. Watch the episode below: