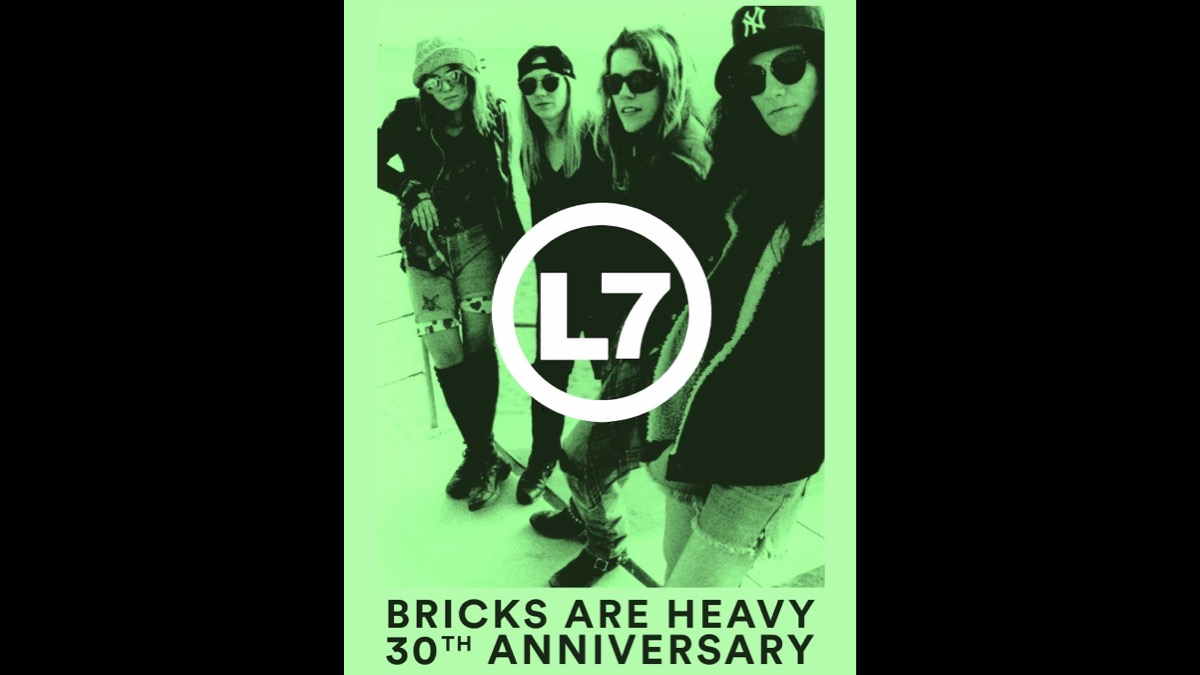 (Girlie Action Media) L7 have invited fans to join them in celebrating the 30th anniversary of their breakthrough third album Bricks Are Heavy originally released on April 14, 1992.

An electrifying North American fall tour kicks off Oct 3 when, for the first time ever, they will perform this seminal record front to back including fan favorite "Sh*tlist" famously featured in Natural Born Killers.

To help celebrate, they are adding special guest support acts to join them throughout the run including: Downtown Boys, Fea, The Side Eyes, Radkey, Vera Bloom, OMAT and The Black Halos.

Alongside the tour, the Bricks Are Heavy 30th anniversary reissue is set to be released September 30 on Licorice Pizza Records. Originally debuting at #1 on the Billboard Heatseekers chart and produced by Butch Vig (Nirvana, Garbage, Smashing Pumpkins), this special anniversary edition will include all 11 tracks digitally remastered by Howie Weinberg (Ramones, Pixies, Metallica) and available with special packaged gold and black vinyl.

As the band's vocalist/guitarist Donita Sparks states, " I mean, we thought the record was close to "going Gold" 30 years ago,... but honestly we have no idea. We have yet to receive an official accounting." Never a band to be hung up on rules, regulations or facts, Donita continues, " to hell with it, we're certifying the record "Gold" ourselves and making gold vinyl for the reissue. Get 'em while they're hot, before we're sued by the RIAA."

To add to the mayhem this tour will bring, for the first time ever, the band has agreed to an intimate Q&A package which includes VIP access to soundcheck for 1 full song followed by a Q&A with members of the band and merch bundle.