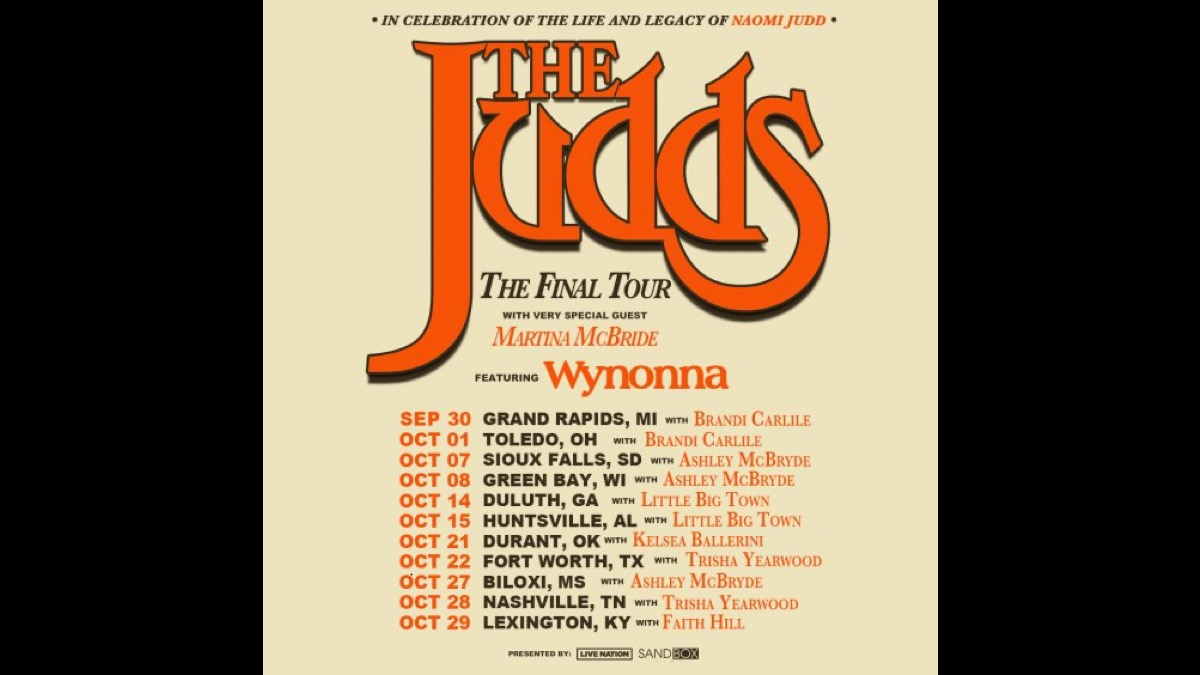 (True Public Relations) Wynonna Judd has announced the line-up of special guests who will be joining her on the road for The Judds: The Final Tour. Along with Martina McBride, who will join her on the road for the entirety of the tour, Wynonna is thrilled to welcome Brandi Carlile, Ashley McBryde, Kelsea Ballerini, Little Big Town, Trisha Yearwood and Faith Hill, on select dates to honor the legacy of The Judds and their everlasting impact on Country music.

"It's hard to believe that in just 3 weeks we'll be stepping onstage for our first show in Grand Rapids," says Judd. "I continue to find myself both grateful and humbled by the unwavering support from my fellow artists, music community, and of course, the fans. I am looking so forward to celebrating The Judds music one final time. It will be a bittersweet experience, and one that I will never forget."

"It's so amazing to be included in honoring The Judds legacy as part of their final tour. I'm beyond excited for what's sure to be an emotional, fun, and hit packed series of shows and to be joined by some of Country Music's biggest names," says Martina McBride.

The 11-date arena tour, produced by Sandbox Live and Live Nation, kicks off on Friday, September 30 in Grand Rapids, MI at Van Andel Arena, making stops in Toledo, Green Bay, Fort Worth, and more before concluding in Lexington, KY at the Rupp Arena on October 29th.

The Judds: The Final Tour Expanded With 2023 Dates

The Judds Music and Merch