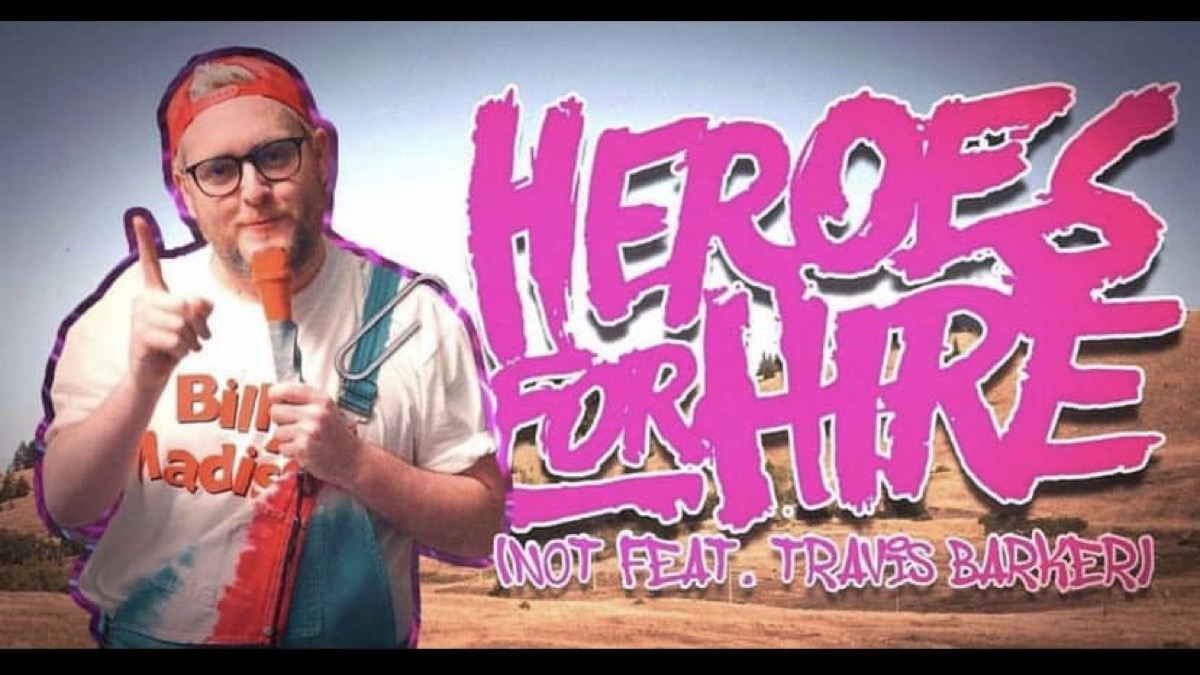 Aussie punk veterans Heroes For Hire have returned with a brand new song called "Not Feat. Travis Barker" and to celebrate, we asked frontman Brad Smith to tell us about the track. Here is the story:

The song (Not feat. Travis Barker) was written about the break up and the eventual reformation of Heroes For Hire. I wanted our first song back in almost a decade to really capture that nostalgic feeling and in a way, throw back to the sound of where we left off.

We left everything in this kind of ugly limbo and it took a really long time to get back to a place where we all wanted to do this again. There was a lot of negativity not just from us, but also from people outside the band in regards to the way things ended. The verses of the song kind of address how I've learned to reclaim something that I loved so much, but was almost ashamed of for so many years because of how things ended and it also gives a bit of a "F*ck You" to the naysayers.

The chorus and the bridge of this song basically continue to expand on the themes of the verses and touch on how I was feeling about HFH for the years after we'd called it quits.

I felt like I'd completely wasted this massive chunk of my youth on something that just ended up self destructing in my face. I had so much resentment toward anything HFH related after that and it kind of felt like I'd lost my identity. I was looking for anything to fill that void and make me feel like a had purpose again, but I was also shutting myself out from everything and everyone at the time so I really was my own worst enemy.

And the song title? We just think it's funny.

Heroes For Hire Music and Merch