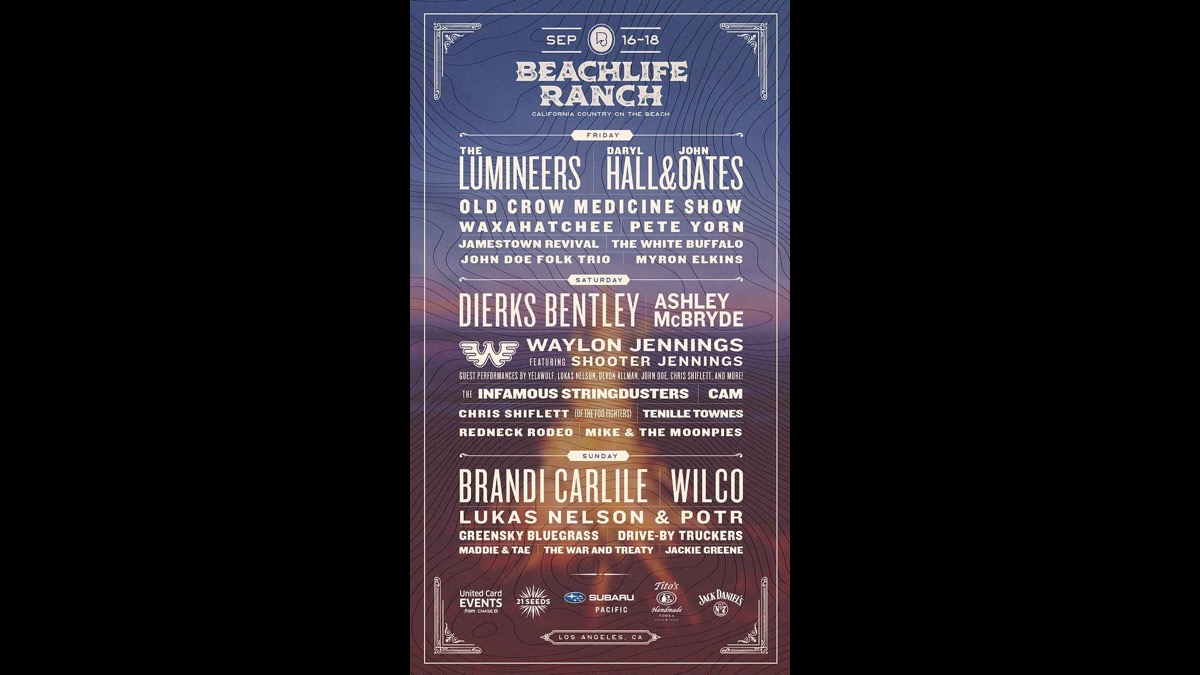 Fans from around the world will be able to watch the first annual BeachLife Ranch Country & Americana Festival this weekend (September 16-18), courtesy of a free livestream by Volume.com.

They will be streaming all three stages live here from BeachLife Ranch, which takes place on the beautiful Pacific Ocean waterfront in Redondo Beach, CA.