Vince Gill Celebrates 30th Anniversary Of 'I Still Believe In You' 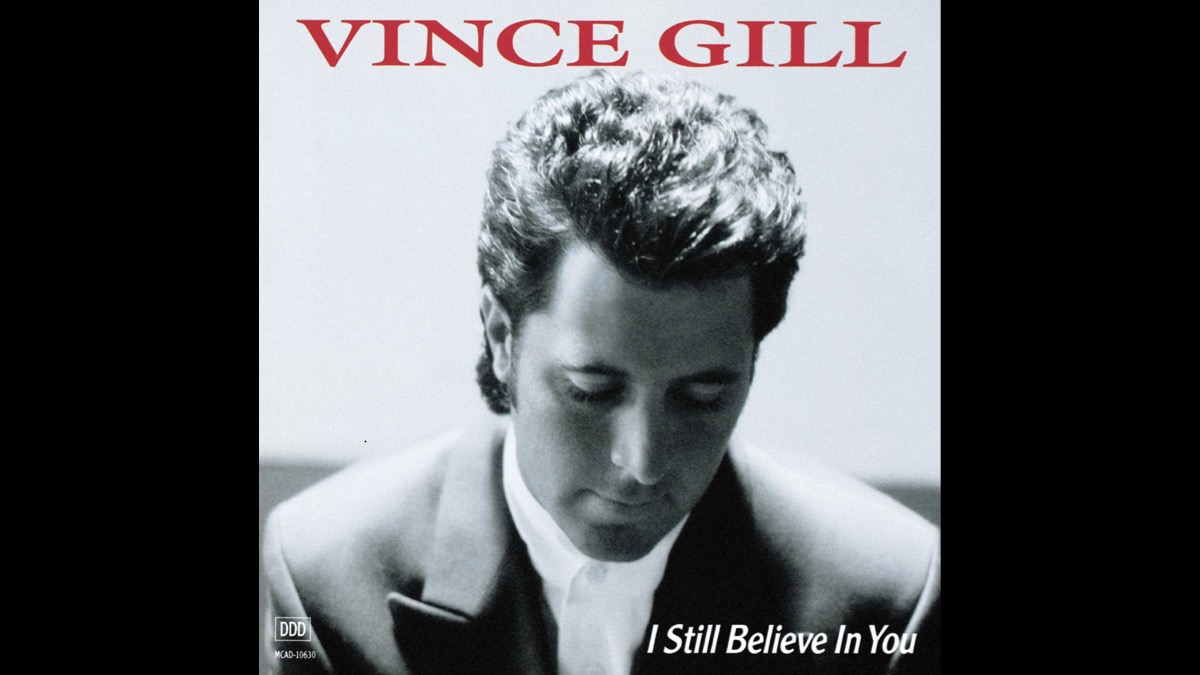 (MCA Nashville) Vince Gill's album "I Still Believe in You" celebrates its 30th Anniversary this month, having made its debut in September of 1992, and he received a special honor to mark the occasion.

On Monday night (September 12), backstage at the taping of CMT GIANTS: Vince Gill, which premieres Friday, September 16 at 9p/8c on CMT, Gill was presented with a plaque in honor of the album's 30-year milestone.

The album produced five singles, four of which went to number one, including "I Still Believe In You," "No Future In The Past," as well as "Tryin' To Get Over You," and "One More Last Chance." The fifth single, "Don't Let Our Love Start Slippin' Away," peaked at No.2 on the charts. The album is certified five times platinum.

"CMT GIANTS: Vince Gill," an all-new 90-minute special celebrating the extraordinary career and music of country music titan Vince Gill premieres Friday, September 16th at 9p/8c exclusively on CMT. The special brings together Gill's superstar friends, collaborators, and some of the biggest names in music to honor him with performances of his most legendary hits, including Brad Paisley, Carrie Underwood, Chris Stapleton, Cody Johnson, Luke Combs, Maren Morris, Ricky Skaggs, Sting and more. Emmylou Harris, Keith Urban, Reba McEntire, Rodney Crowell will also appear as special guests to share personal stories, reflect on their time working with Gill and speak to his forever impact on country music. The special will additionally feature an all-new sit-down interview with Gill as he reflects personally on his career, his classic songwriting, musical influences, and his future plans, all blended alongside rare photos, performance footage and interviews from the vault.

Vince Gill Celebrates 30th Anniversary Of 'I Still Believe In You'

Eagles' Vince Gill Discusses Being Sexually Assaulted As A Child