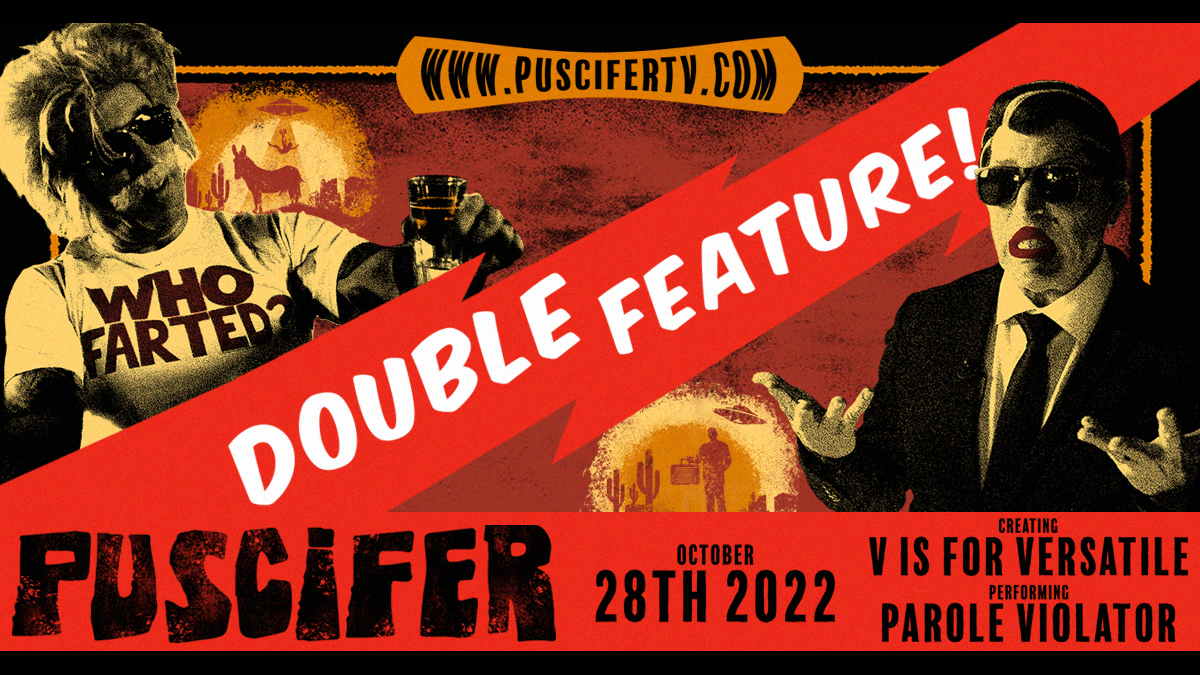 (Speakeasy) Puscifer, whose October 2020 concert film, "Existential Reckoning: Live At Arcosanti" broke online attendance records and fully explored what the at-home concert experience could be, celebrate the Halloween weekend with the release of two concert-meets-feature films: "V is for Versatile: A Puscifer Concert Film featuring music from the V is for... era" and "Parole Violator: A Puscifer Concert Film featuring Conditions of My Parole."

Meeting at the intersection of music and theater, Puscifer is known for their thematic, multimedia-laced tours. From a "Hee Haw"-style jamboree to a televangelist revival, from sitting ringside at a Lucha Libre match to the advent of Agent Dick Merkin and the Pusciforce, Puscifer's transition from live performances to film is a natural extension of the music-meets-acting troupe. The pandemic-induced dawn of the at-home concert experience provided Maynard James Keenan, Mat Mitchell and Carina Round with the tools to turn to film, having now released two movies to date: 2020's "Existential Reckoning: Live at Arcosanti" and 2021's "Billy D and The Hall of Feathered Serpents featuring Money $hot by Puscifer."

"Those with creative minds are restless. Lockdown was only physical, not mental," offers Keenan. "The Pandemic was the perfect springboard and opportunity for us all to flex our creative muscles. Here is more evidence."