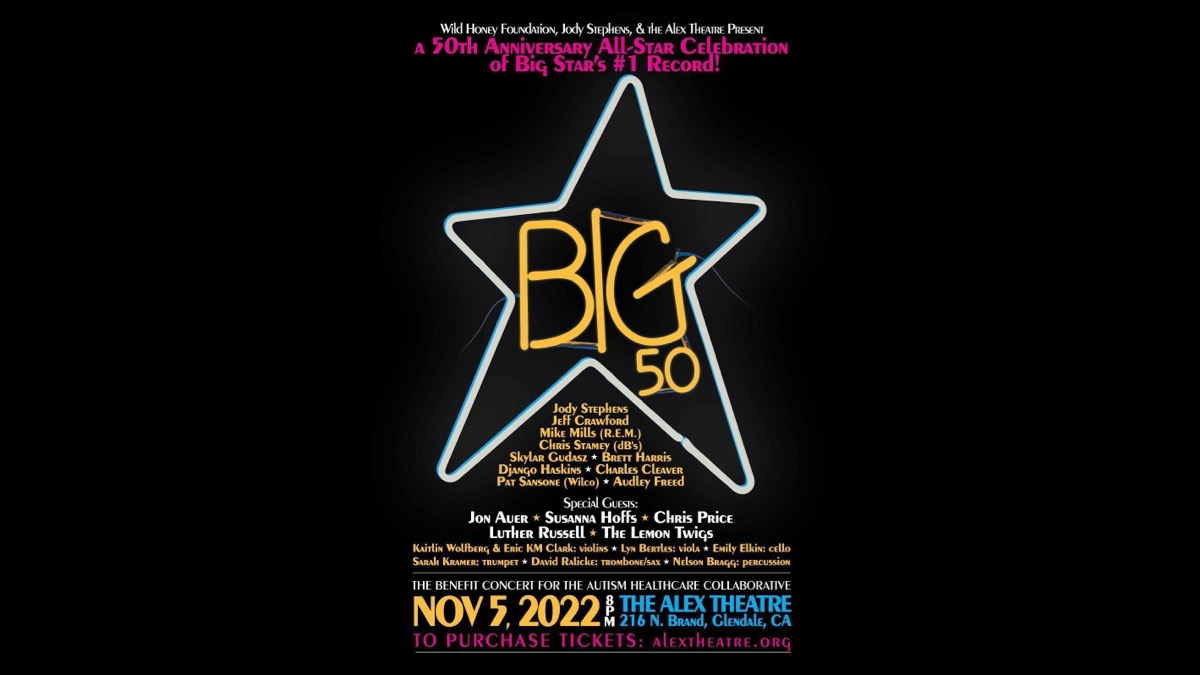 (Wild Honey) To celebrate the 50th Anniversary the release of the classic album Big Star #1 Record, benefit concert producers the Wild Honey Foundation and Big Star founder Jody Stephens will present a live performance of this legendary LP, performed in its entirety and in order by Jody Stephen's all-star ensemble.

The show will benefit the Autism Healthcare Collaborative: an internationally recognized non-profit organization committed to facilitating the medical and psychosocial stabilization of individuals and families living with autism.

The Autism Healthcare Collaborative provides a multidisciplinary team approach to the identification and treatment of the complicated medical comorbidities of autism by connecting medical experts to families and physicians around the world through medical videoconferencing.

AHC offers innovative solutions for individuals with autism, across the spectrum and throughout their lifetime, through comprehensive case management, community outreach, advocacy, and education.