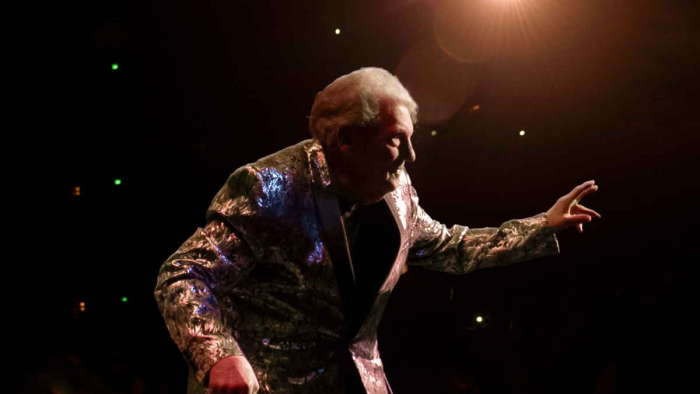 Rock and roll icon and pioneer Jerry Lee Lewis has died at the age of 87 and his sister Linda Gail Lewis has shared a tribute to her legendary older brother.

She wrote, "I can't believe my big brother is gone, my world will never be the same again. From the first moment I opened my eyes he's been my protector and inspiration. As a child I grew up watching him play piano in our house and developing his distinctive piano and vocal style that would change the world only a few years later. Jerry is the one that first took me into the studio, made me sing my first notes and record my first record at 15 as a duet with him. I owe him my entire career and my life to him! Every unforgettable experience, every song we sang together, every stage we shared on the road for over two decades will never be forgotten by me, and hopefully not anyone that was there.

"The world has lost a light that we've been blessed with for 87 years. I hope, in my own humble way, I can keep my brother's memory alive and as long as I can breathe, every breath will be a tribute to his legacy, the greatest piano player, singer and brother the world has ever known. God bless you Jerry Lee Lewis, I love you!"

He was preceded in death by his parents Elmo and Mamie Lewis, sons Steve Allen Lewis and Jerry Lee Lewis Jr., his siblings Elmo Lewis Jr. and Frankie Jean Lewis and his cousin Mickey Gilley.

Services and more information will be announced in the following days. In lieu of flowers, the Lewis family requests donations be made in Jerry Lee Lewis' honor to the Arthritis Foundation or MusiCares - the non-profit foundation of the GRAMMYs / National Academy of Recording Arts and Sciences.