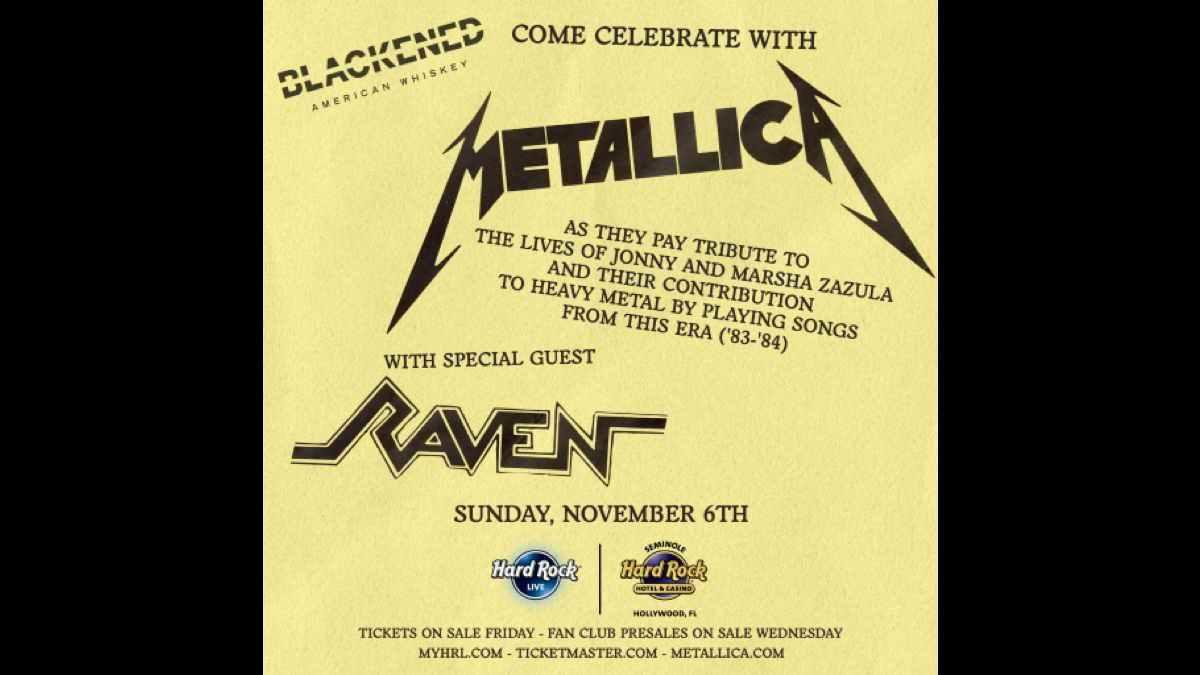 The event saw the San Francisco, CA band perform an evening of songs exclusively from their first two albums – 1983's "Kill 'Em All" and 1984's "Ride The Lightning" - and featured a number of live rarities, including "Motorbreath", "No Remorse", "The Call of Ktulu", "Phantom Lord" and "Blitzkrieg", among others.

“Jonny gave us our first break in New York, released our first albums on his Megaforce Records label, and put us out on the road for our first real tour,” said Metallica when they recently announced the show. “With Marsha by his side, Jonny was a mentor, a manager, a label head, and a father figure to us all.... we would not be where we are today without the two of them. Sadly, we recently lost both Jonny and Marsha, just a little more than a year apart.”

Proceeds from the show are going to a number of charities; find out more and watch live videos here.