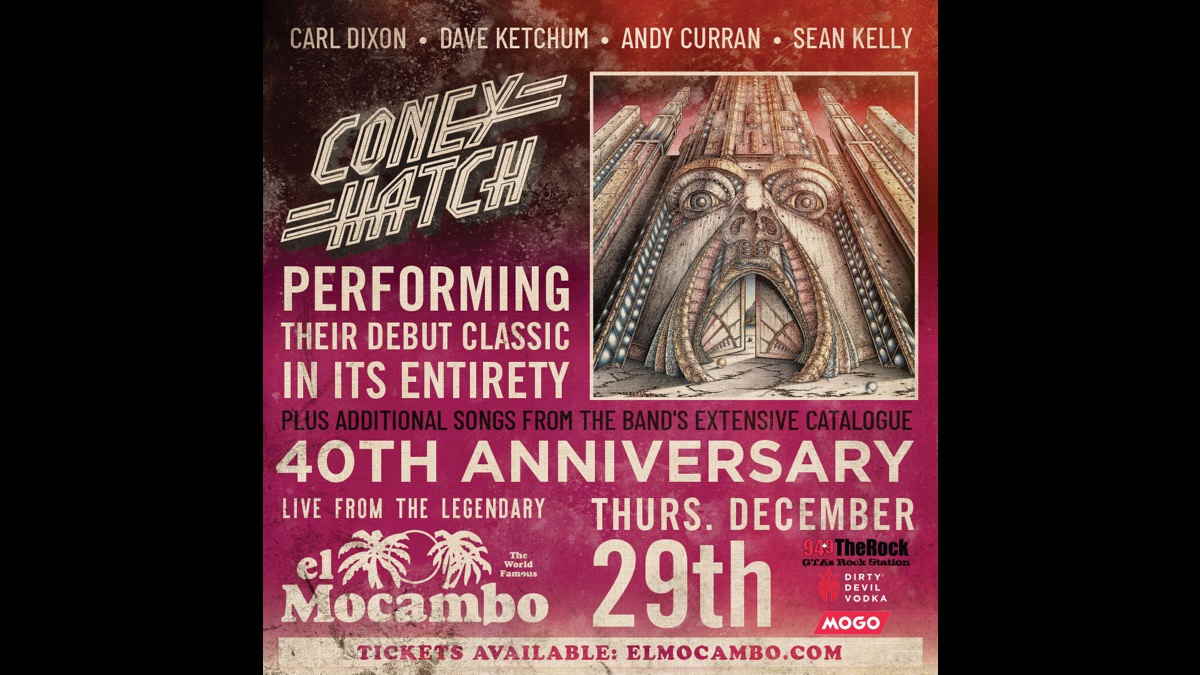 Canadian rockers Coney Hatch have announced that they will be celebrating the 40th anniversary of their self-titled debut album with a special show next month.

The band will take the stage at The El Mocambo in Toronto on Thursday, December 29th, where they will treat fans to a performance of the entire album.

Andy Curran had this to say, "The El Mocambo is a venue that has been near and dear to our hearts. All of the Coney's loved performing there and we all saw so many amazing bands and artists perform there, as well. It's so rich in history and the logical place for us to perform our debut record for the 40th anniversary for our hometown Toronto fans."

Fans can also look for forward to a new live album from the band, "Postcard from Germany." They said of the release, "We're very excited and grateful that after all these years, we're still getting along and releasing new songs. We're a brotherhood and this new live record totally captures the spirit of Coney Hatch live. In your face double guitar attack! Also two spankin' new songs to boot! That's a pretty cool thing for our fans."