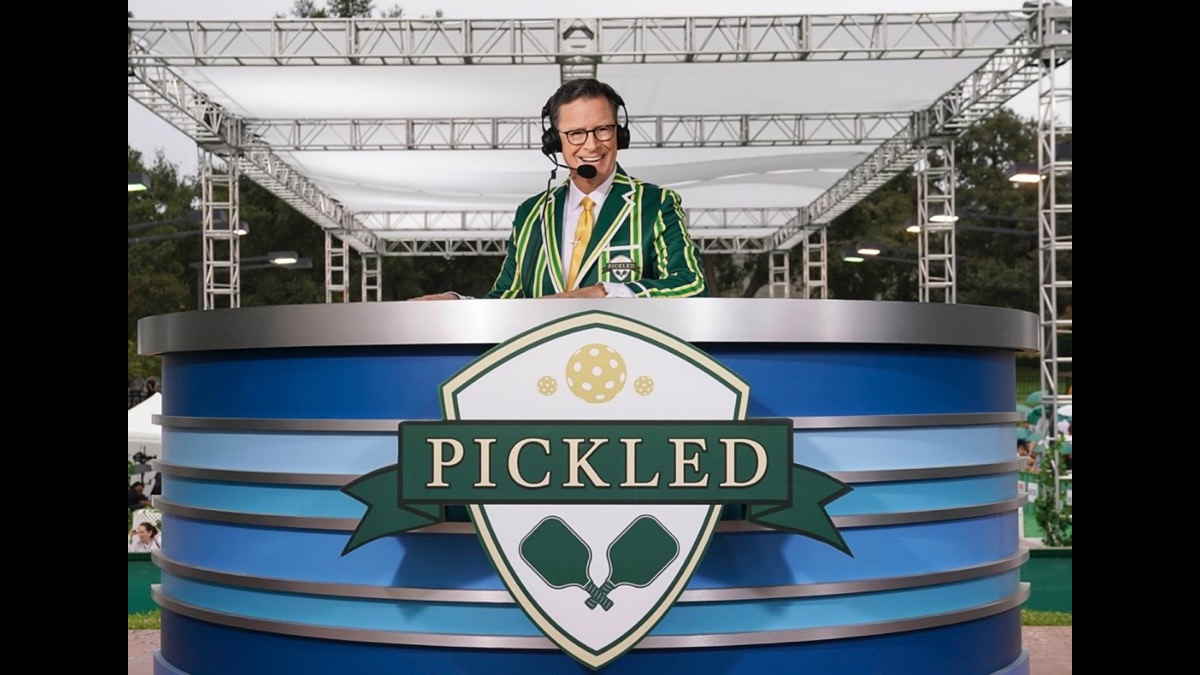 (Jensen) CBS announced the 16 celebrities competing in the new, two-hour sports comedy special PICKLED. The pickleball tournament, produced by Stephen Colbert's Spartina, Funny Or Die and CBS Studios, will air Thursday, Nov. 17 (9:00-11:00 PM, ET/PT) on the CBS Television Network, and will be available to stream live and on demand on Paramount+*.

Emmy Award-winner Stephen Colbert of The Late Show hosts this hilarious and cutthroat pickleball competition, featuring teams playing against each other to benefit the non-profit Comic Relief US and ultimately win the coveted totem of excellence: the Colbert Cup!

"Funny Or Die is so proud to produce PICKLED. Along with Stephen Colbert, CBS and our celebrity players, we all came together for two great causes: to support Comic Relief US and to add more articles about Pickleball to everyone's newsfeed," said Mike Farah, CEO of Funny Or Die.

"Comic Relief US is thrilled to be a part of this special entertainment event to support the millions of children and families living in poverty. Thank you to the amazing Stephen Colbert, Spartina, CBS, Funny Or Die and all of our celebrity friends who will now get to play Pickleball for a good cause!" said Alison Moore, CEO of Comic Relief US.

All-star announcers, including Cari Champion, John Michael Higgins and Bill Raftery, add color and commentary to the thrilling matches. After the national anthem is performed as a duet by singer-songwriter Kenny Loggins and Stephen Colbert, the 16 celebrities take to the court to battle for the honor of being named the PICKLED champions.