Singled Out: The Phoenix Within's Pessimist 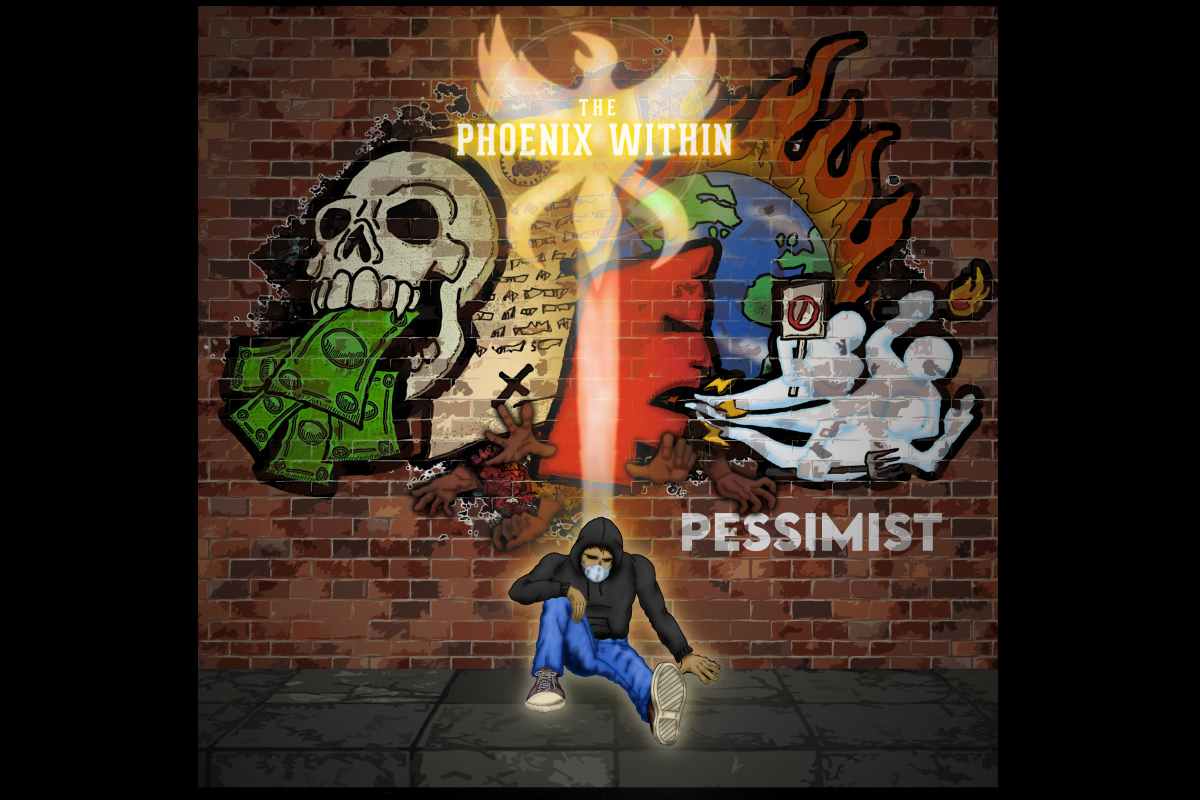 New York-based rockers The Phoenix Within recently released their new single "Pessimist" and to celebrate we have asked the band to tell us about the track. Here is the story:

"Pessimist" is a heavy rock track that is 5 minutes and 36 seconds long. Musically, the song takes you on a journey in which you the listener experience life through the eyes and mindset of an optimist who is being turned into a pessimist. The lyrics were inspired by all the negative thoughts and energies that all artists and creators face on the daily from exterior and interior forces. The track is long but it has many musical layers and despite its audio length you'll be rewinding and replaying it to catch something new each time.

Omar Feliciano - the frontman of The Phoenix Within - says, "I remember that during the making of Pessimist there was a lot and I mean a lot of back and forth between musical elements of the song and lyrical work. I remember during one of our writing sessions just before actually getting down to jamming we got into talking about how people doubt us and our musical goals. At one point I remember saying that everything they doubt and think about us, I have also doubted and thought of on my own. That was followed by Nick's opening bass part, some I put some creepy melodic wording on top of it inspired by that conversation, Johns rocking guitar parts came crashing in, then I'm sure James the drummer probably did something annoying and messed it all up, causing us to probably start all over."

Nicholas Narlis - the bassist of The Phoenix Within - says, "I mean, it started out to be a creepy song, we had different parts from what it is now. We didn't like the first couple of drafts. So we put it to the side until John and I pretty much rewrote it and Omar revitalized it all with his lyrics and reorganizing. We did have a little battle between John, James, Omar, and myself in regards to how long the song would go for. During production and recording of the song we ended up having fun with it and even more, ideas came out for the song."

John Narlis - the guitarist of The Phoenix Within - remembers and says, "It started with Nick's bass intro part. I messed around with different ways of playing the same riff, which is why we play the same riff four different ways throughout the song. We brought up the idea during multiple rehearsals and never really got anywhere with it. We came up with many different chorus ideas that never really stuck, they seemed too simple and not very energetic. After I came up with the chorus idea after hours of just playing the verse into something new over and over again, we had the inspiration to finish it. Nick and I were able to sit down and put the structure together creating the breakdown-bridge by accident. I randomly looped a part in the chorus that we thought sounded cool and added a few chords along with it and we had our heavy part which Omar had asked for. I remember Omar saying after each rehearsal we tried working on it to put something heavy. When Nick went back to his intro part towards the end of the song, I added some chords to harmonize and follow the bass part, which led to creating interesting and fun time signature changes. The final part of the song we had from a previous chorus idea that we liked. Since we did a little pre-production before we went to the studio we had time to mess around with some sound effects and extra instruments, I don't think we would have if we didn't do any pre-production on our own."

"Ultimately" Feliciano states, "I am very proud of the work The Phoenix Within has been able to put out so far, while all musicians have had to deal with the setback after setback and loss of revenues from live gigs we have been extremely lucky to be able to continue working on our art and put out music relentlessly. In a strange way, this song highlights the ordeals and celebrates our small victories. We released Pessimist on Friday, January 15, 2021, and that weekend it hit the iTunes rock charts at number 146. It hung on for 4 days and eventually climbed to number 9. This was the first time any song of The Phoenix Within made it to any chart. Although short-lived, being able to say that one of our songs made it to the top 10 iTunes rock charts out of the 200 rock songs showcasing nationwide is a moment worth celebrating. For helping us achieve this goal we would like to thank our manager Chris Bianchi, our publicist Megan Langley, and of course, all of the fans, friends, and family who continue to back and support our art and our music."

Singled Out: The Phoenix Within's Pessimist

News > The Phoenix Within