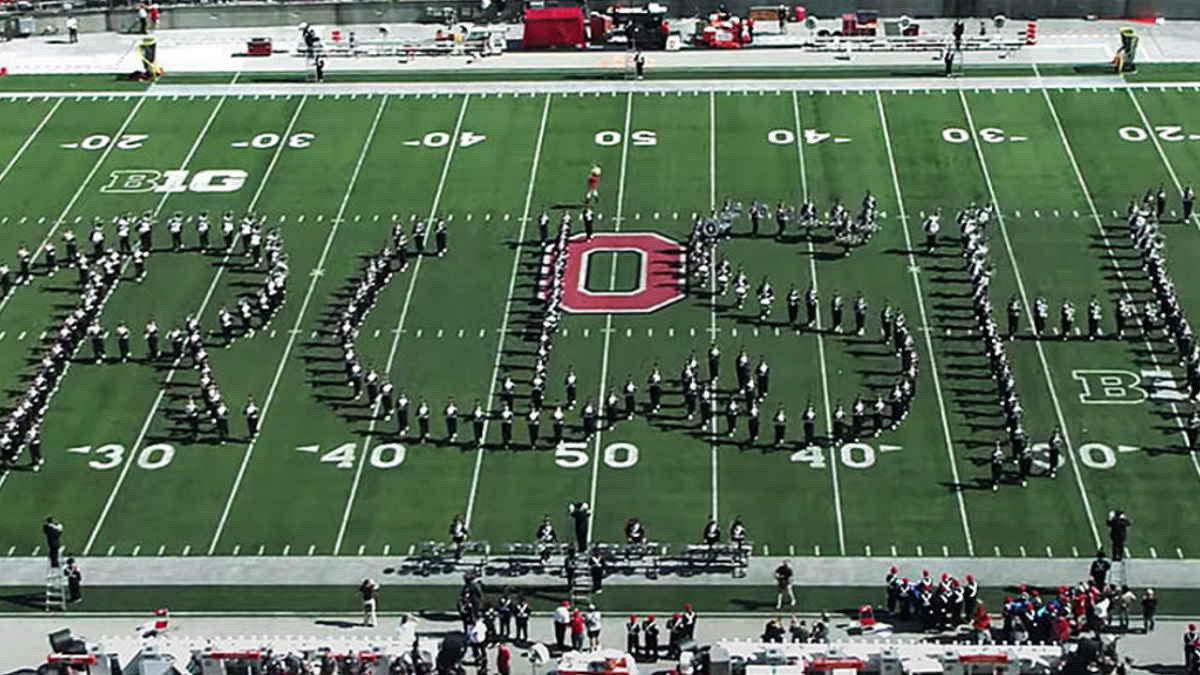 The outfit delivered a medley of classic Rush tracks, including "The Spirit Of Radio", "Fly By Night" and "Tom Sawyer", while presenting formations that replicated Peart and Rush guitarist Alex Lifeson, and spelled out the title to a pair of the Canadian band's tracks, "2112" and "YYZ."

"To honor the early 2020 passing of one of the greatest drummers in history, Rush's Neil Peart, the Ohio State Marching Band added a little more percussion to the mix for the halftime show Saturday," said the group in a statement, adding: "To help recreate Peart's sonic impact, the percussion section was expanded by 20 toms and 20 extra cymbals mounted on four racks. They were at the front of the formation and played by the band's five percussion alternates for this week."

After Rush performed their final concert in Los Angeles in 2015, Peart passed away in January of 2020 at the age of 67 after a three-and-a-half year battle with Glioblastoma, an aggressive form of brain cancer. Watch the tribute here.