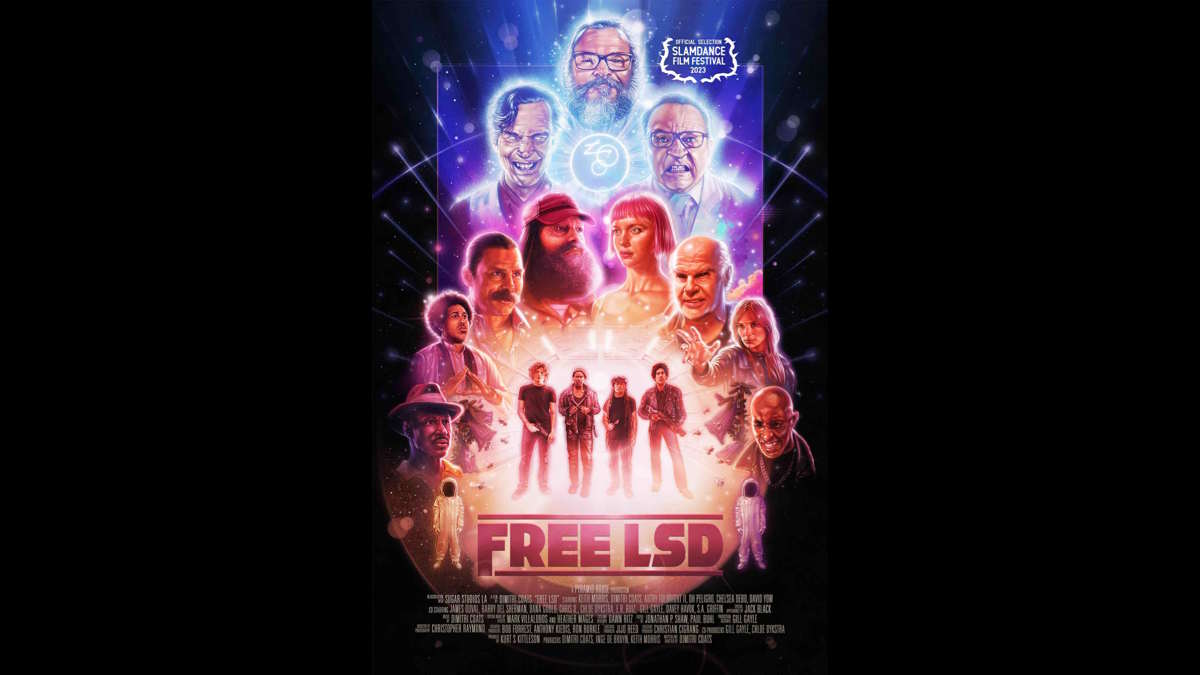 Ahead of the film's premiere next week as the closing selection at the 29th Slamdance Film Festival the group have shared a new music video for two of the album's songs "Time Will Come" and "L."

Composed of footage from the film, the video acts as a preview to the feature, unveiling a pivotal narrative moment in which the band enter a laboratory to compose music that holds the key to awakening human consciousness. The video includes appearances from a wide swath of the film's cast, including Jack Black, Keith Morris, Dimitri Coats, Autry Fulbright II, James Duval, Angelo Moore (Fishbone), Sydnie Mancini, Bree Essrig, Zander Schloss (Circle Jerks), Cody Renee Cameron, Nathaniel Moore, and the recently departed D.H. Peligro (Dead Kennedys). The new clip was preceded by videos for the songs "War Above Los Angeles" and "Kill To Be Heard," both of which also featured footage from the feature, delineating the controlled chaos of the album's frenzied sound while hinting at the film's broad ambitions.

A punk rock, sci-fi midnight movie, Free LSD follows the story of Keith (played by Keith Morris) as he embarks on an inter-dimensional journey after using an experimental drug that provides a glimpse into a parallel universe where he is not only the singer of the band OFF!, but also the target of an evil alien species that will stop at nothing to prevent the group from making a new album which holds the key to an awakening of human consciousness. The film was written and directed by OFF!'s Dimitri Coats and, in the addition to the aforementioned, features performances by David Yow (Jesus Lizard), Davey Havok (AFI), Chloe Dykstra, Don Bolles (Germs), Chelsea Debo, Dana Gould, and more. The film is accompanied by an album of the same name, placing the band in the rarified company of such artists as Pink Floyd, The Who, Prince, and a small handful of other ambitious polymaths.

Approaching the album and film in parallel encouraged Morris and Coats to elevate the band's trademark incendiary sound, bolstered by the recent lineup additions of drummer Justin Brown (Thundercat, Flying Lotus, Herbie Hancock) and bassist Autry Fulbright II (...And You Will Know Us by the Trail of Dead). "Heading into Slamdance with Free LSD as the closing night film marks years of work executing a vision designed to take OFF! to a higher level of creativity," states Coats. "Making a movie is a cross between climbing Mount Everest and fighting a war. But the struggle has allowed our band access to worlds we don't normally get to explore."

Shortly after the film's debut OFF! will head overseas for a run of dates in the UK and EU before mounting a full US tour in April and May.