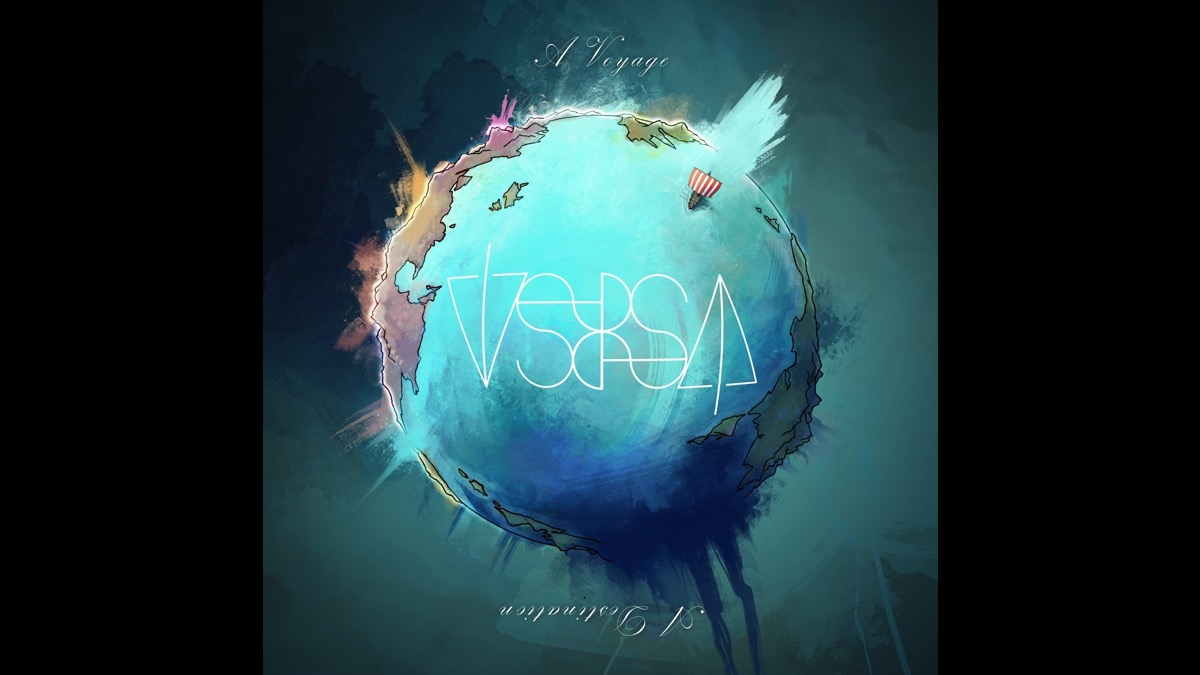 A Voyage / A Destination cover art

Canadian rockers Versa recently released 'A Voyage / A Destination' and to celebrate we asked Matthew Dolmage to tell us about the song "Sea Of Vapours". Here is the story:

Versa songs are typically written in one of two ways - either I (guitar/flute) or Hollas (Violin) will compose a piece of music, and the other band members will bring their own interpretations to their performances of the written parts, or the band will play together in long improvised jam sessions, and then I will take recordings of those sessions, cut them down, and arrange complete songs out of them. However, for Sea of Vapours, I brought only a simple guitar riff that I'd been using as a warm-up exercise to the band, who jammed on it for a couple of rehearsal sessions. Rather than record these sessions and use them as a basis for a composed piece which the band would then record, I instead kept these recordings as a reference and recorded only my repeating guitar line.

Each member, either in his or her own home, or at my studio, then recorded their parts separately against the simple repeating guitar, with a sense of the "vibe" of the song from the jam sessions but without any composed music and often without knowing what the other parts were going to be in the finished song. I took these recordings and edited and integrated them together into the finished song.

My recording studio is located in a 110-year-old heritage home, and we took the opportunity to record the violin in the foyer of the house, with a two-storey-high ceiling, which I think gives the violin sound a really special quality. This song was also an opportunity for me to experiment with playing the alto flute, which is about half an octave lower than a typical C flute and has a breathier, warmer, ethereal quality that fit the song very well.

When Sea of Vapours was nearing completion, we started to think about it being the lead single released from the album, and I began to think about the kind of story the music might be telling. I was almost instantly struck by the image of a young woman, lost at sea in a rowboat, and an albatross trying to lead her home. Themes of the ocean, of doomed voyages, but also of hope permeate our new album 'A Voyage / A Destination' and such images seemed to perfectly fit the tone of the song and the themes of the record. I commissioned one of my oldest friends, Lindsay Shann, to draw the characters, and another good friend currently studying art at Vancouver Film School, Amy Winter, to draw the backgrounds. We commissioned a Pakistani artist on Fiverr to add some motion to each still image drawn by Lindsay and Amy, and I edited everything together into the final music video.

Sea of Vapours has been a true collaboration from start to finish.