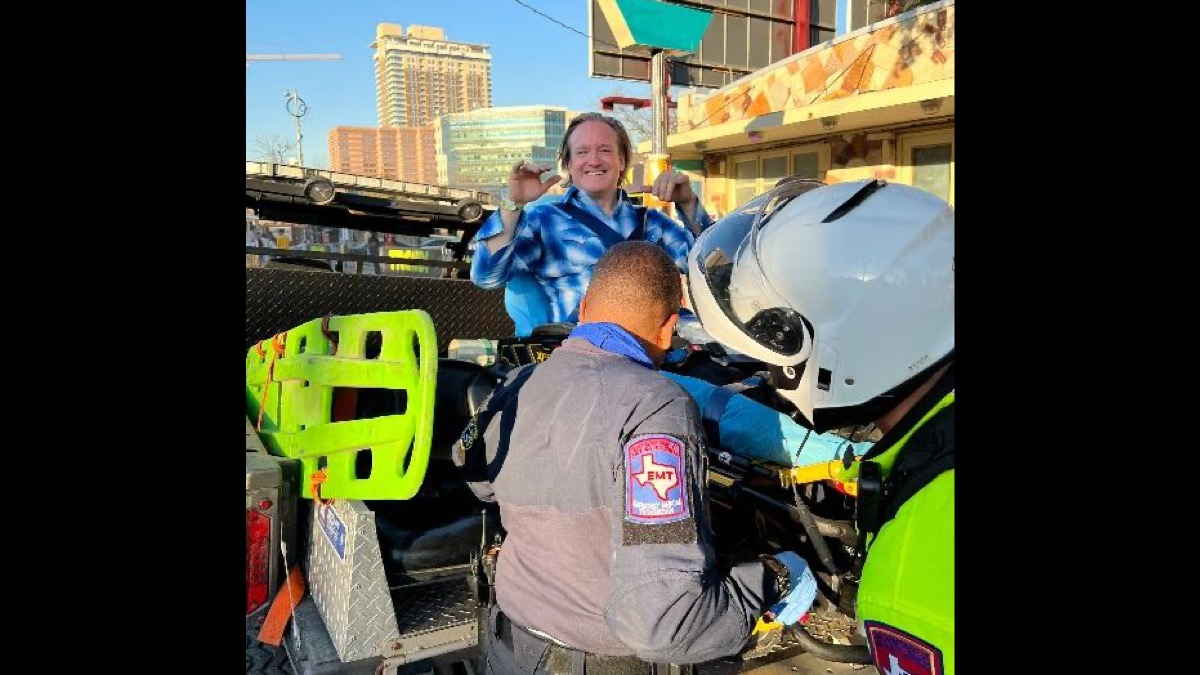 Aeon Station frontman Kevin Whelan suffered a knee injury during the second song of their headline set at Jumpstart 14's showcase at this year's South By Southwest in Austin, TX.

Whelan was rushed to the local hospital, cutting the band's set short. He had this to say, "It is such a joy to be back at SXSW and back on stage playing music.

"I always give it my all during performances, and shortly after starting our fourth show, my knee just gave out. It turns out that I tore my patellar tendon while jumping around on stage. With a little surgical repair, I'll be back on stage before you know it.

"We were all looking forward to playing with old friends, so I am heartbroken Aeon Station couldn't finish the Jumpstart 14 party and we had to cancel our last show at Peculiar Works. I will find a way to make it up in the near future.

"Thanks to SXSW and all the people who attended our shows. Regardless of my injury, it's been a wonderful experience connecting (and re-connecting) with so many you."