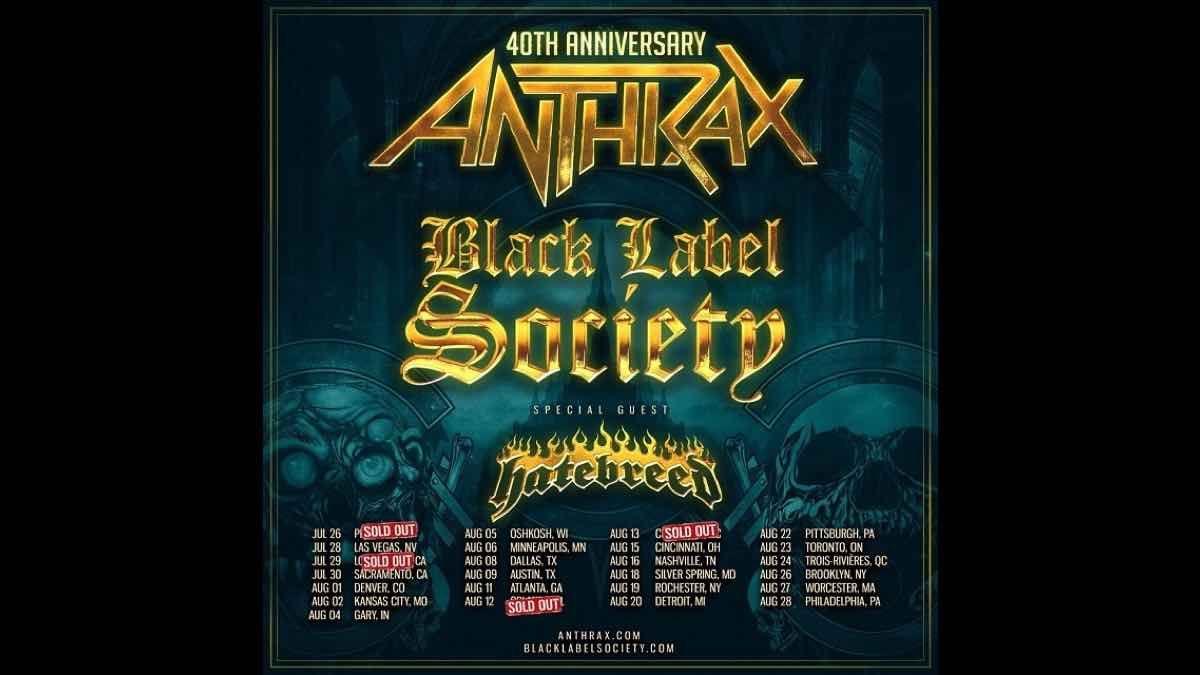 (hennemusic) Anthrax have been forced to cancel a second show on their current 40th anniversary North American tour this week "due to a medical concern."

After missing an August 8 appearance in Dallas, TX on August 8, the group updated fans on their situation. "Charlie, Scott, Frank, Joey and Jon are really sorry to let their fans in Austin know that due to a medical concern, Anthrax has to cancel its show tonight at Stubbs Waller Creek Amphitheatre," announced the band on social media on August 9.

"Black Label Society and Hatebreed are still performing tonight, so the band hopes you'll come out and rock with them. Refunds are available until the venue box office closes at 9 p.m. tonight, or at point of purchase.