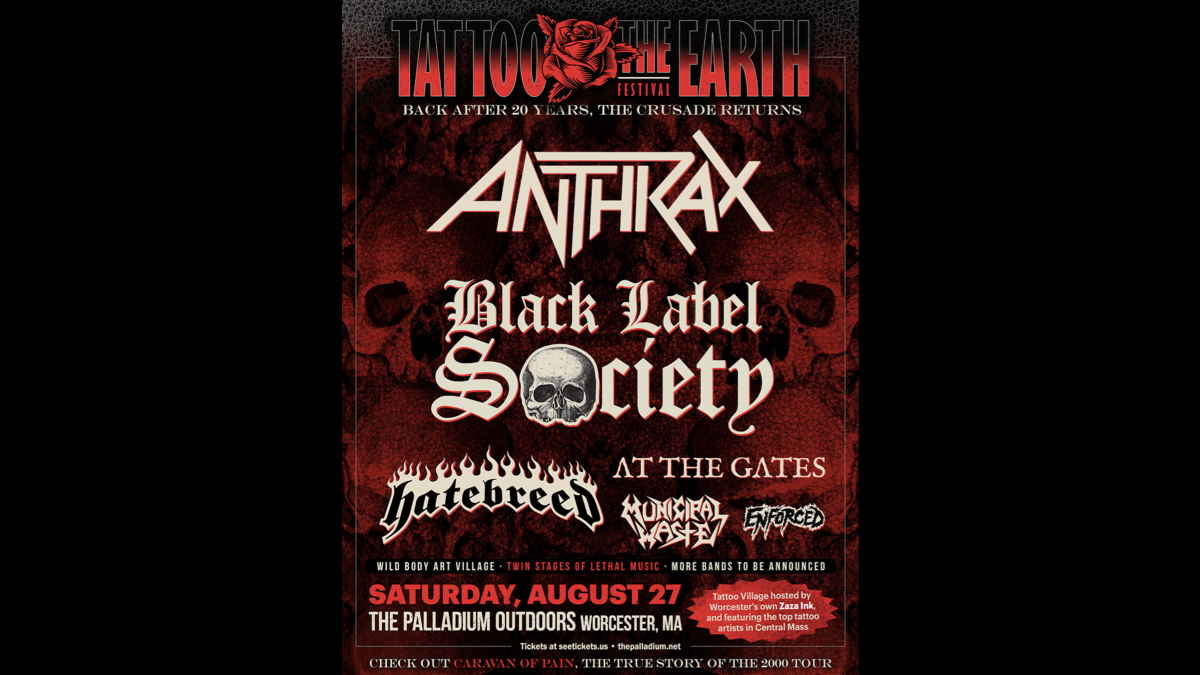 MassConcerts and Tattoo the Earth tour founder Scott Alderman has announce that the "crusade returns" with a special one-off event on August 27th at The Palladium Outdoors in Worcester, MA.

The 2022 Tattoo The Earth Festival will feature two stages with performances from Anthrax, Black Label Society, Hatebreed, At The Gates, Municipal Waste, Enforced, and many more to be announced, a tattoo village hosted by Zaza Ink, and more.

Alderman had this to say, "When I wrote Caravan of Pain: The True Story of the Tattoo The Earth Tour, I never imagined it would bring the show back to life. Doing the show with the original promoter, Mass Concerts, and having Hatebreed on the bill, who were one of the 2000 tour breakout bands, is going to make for an amazing event."

John Peters of MassConcerts added, "In 2001, I met Scott Alderman through my production manager and this led to us promoting the Massachusetts date on the tour.

"A chance find in my spam folder two months ago, of an email promoting Scott's new book Caravan of Pain: The True Story of the Tatto the Earth Tour, led to us re-connecting and deciding to present a one-off festival in Worcester."

The book chronicles the original Tattoo The Earth tour that took place in the summer of 2000 and featured Slayer, Slipknot, Mudvayne, Coal Chamber, Sevendust, Hatebreed, and Sepultura, and more (see our review here.)