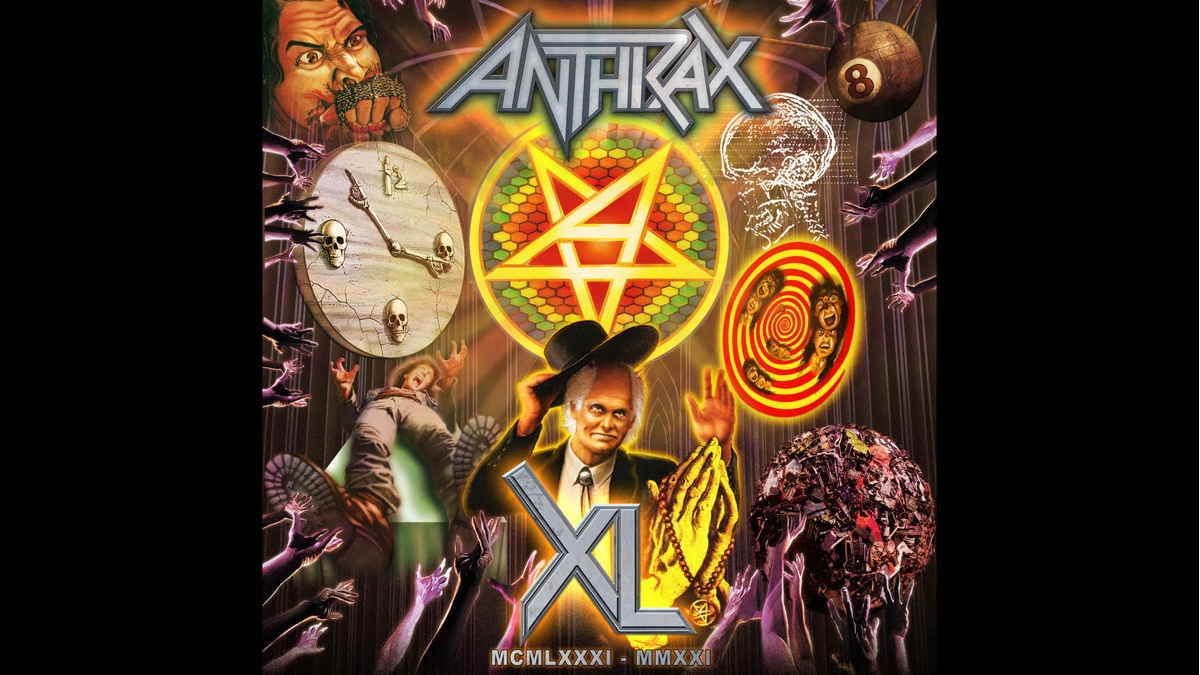 Anthrax have shared a video for their brand new single "Aftershock". The track comes from their forthcoming 40th anniversary concert package, "XL".

The new package was captured during a special livestream event on July 18th, 2021 at the Los Angeles soundstage/studio. It will be released in North America on July 15th on Blu-Ray/CD/Digital. A Blu-Ray release (including 2CD + 1Blu-Ray) will follow on July 22nd.

"Forty years doesn't feel like 40 years," said drummer Charlie Benante. "Sometimes I have to remind myself about how long this strange trip has been. I enjoy playing these songs, they're such a huge part of my life, and I know for a lot of our fans, they play a big part in theirs as well."

From the night of the livestream, bassist Frank Bello recalled, "For me, each song was like reading through a scrapbook of my life and the band's career. Specifically, 'Madhouse,' one of my first recordings with the band, and then to where we are now with 'Blood Eagle Wings.' What a great ride it's been, I'm very grateful."

"Even though we were performing in a studio with just the crew there, we played that set like we were in front of 50,000 screaming fans," said vocalist Joey Belladonna. "I felt like we made a full-on connection with everyone watching from their homes or wherever, and that they connected with us. It was quite an intense experience." Watch the video below: