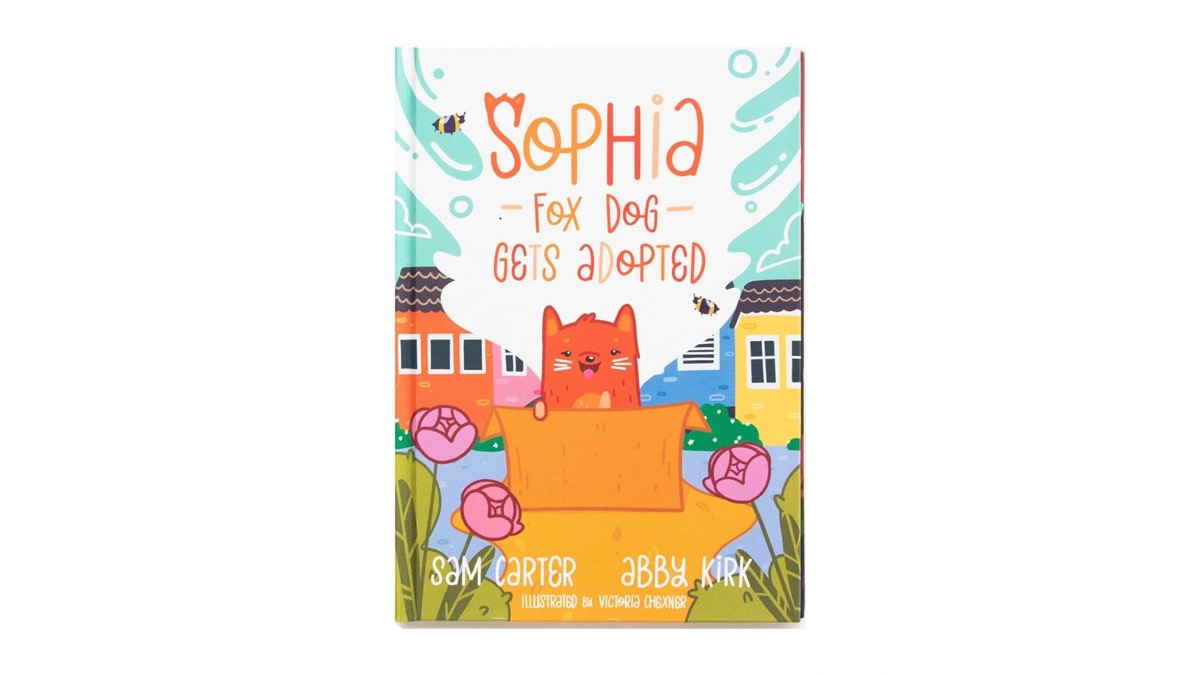 Architects frontman Sam Carter has released his first children's book 'Sophia Fox Dog Gets Adopted', which was co-written with his fiance Abby Kirk and was illustrated by Victoria Chexner .

We were sent these details: The book was written when Abby was working in a school with many children who had been in foster care or through the adoption process. They realized that those kids' stories were largely not represented in children's books and wanted to write a book for the class to show that their stories were important too.

The story also aims to teach children to think about what rescue dogs may have gone through in the past before finding their adoptive families. This is a cause close to Sam and Abbey's hearts, because 'Sophia Fox Dog Gets Adopted' main character is Sam and Abby's beloved rescue dog Sophia, who was adopted from Romania. Therefore a large portion of the proceeds will go to Wunderdog Rescue and Romanian Rescue Appeal to help more dogs like Sophia find their forever families.

Announcing the book on Instagram, Sam Carter said that the book was "something I've always wanted to do and I'm so proud of my partner." Fans can order the book here.