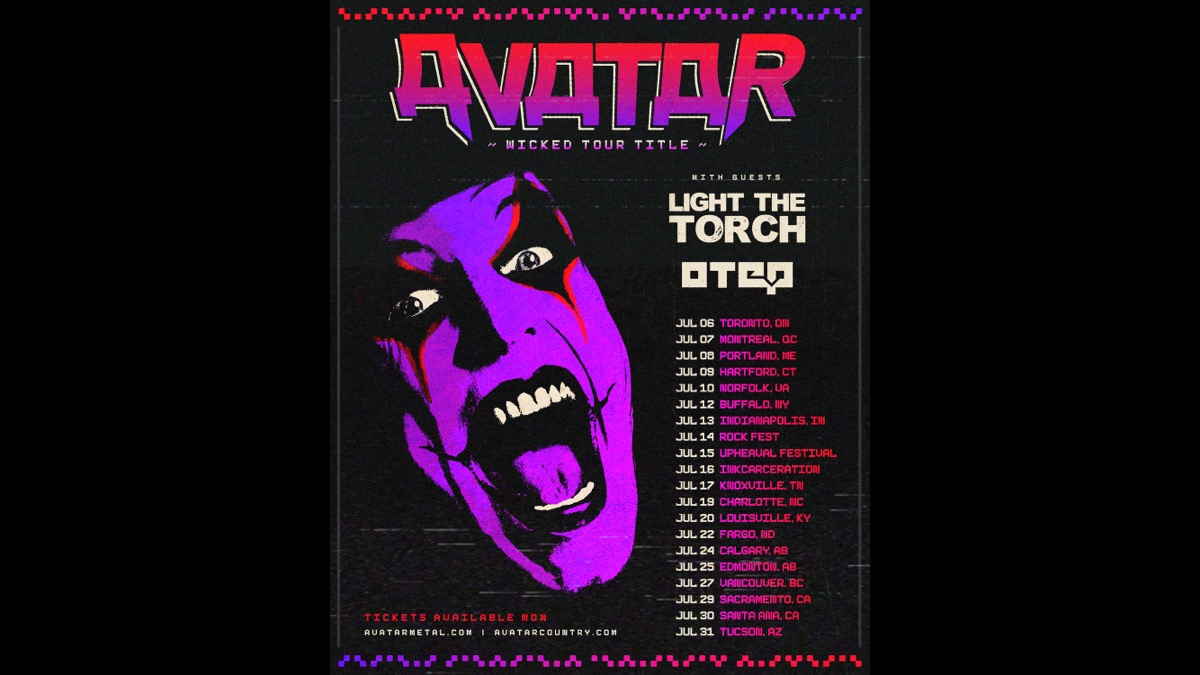 Avatar have announced that they will be taking a breaking from working on their ninth studio album to hit the road this summer for a North American headline tour.

The trek will feature support from Light the Torch and Otep and will be kicking off on July 6th in Toronto, ON at the Danforth Music Hall. It will conclude on July 31st in Tucson, AZ at the Rialto Theatre.

They had this to say, "They don't let us out much while we make our albums, so this summer will most likely turn out very dangerous for everyone involved.

"For all the tours we've done in North America, we have spent very little time there in the summer. Surely this must have led to a lot of unnecessary suffering that we are adamant on setting straight by applying necessary suffering.

"We know people crave some light-hearted tunes for their make out sessions on the beach, and some sweet melodies as they watch the sun set over the lake.

"We are here to destroy every single moment of summer time serenity. The sun will be the second hottest thing you'll see in July. To finally do something with Otep feels great, and to once again hit the road with Light the Torch will be awesome, as well."