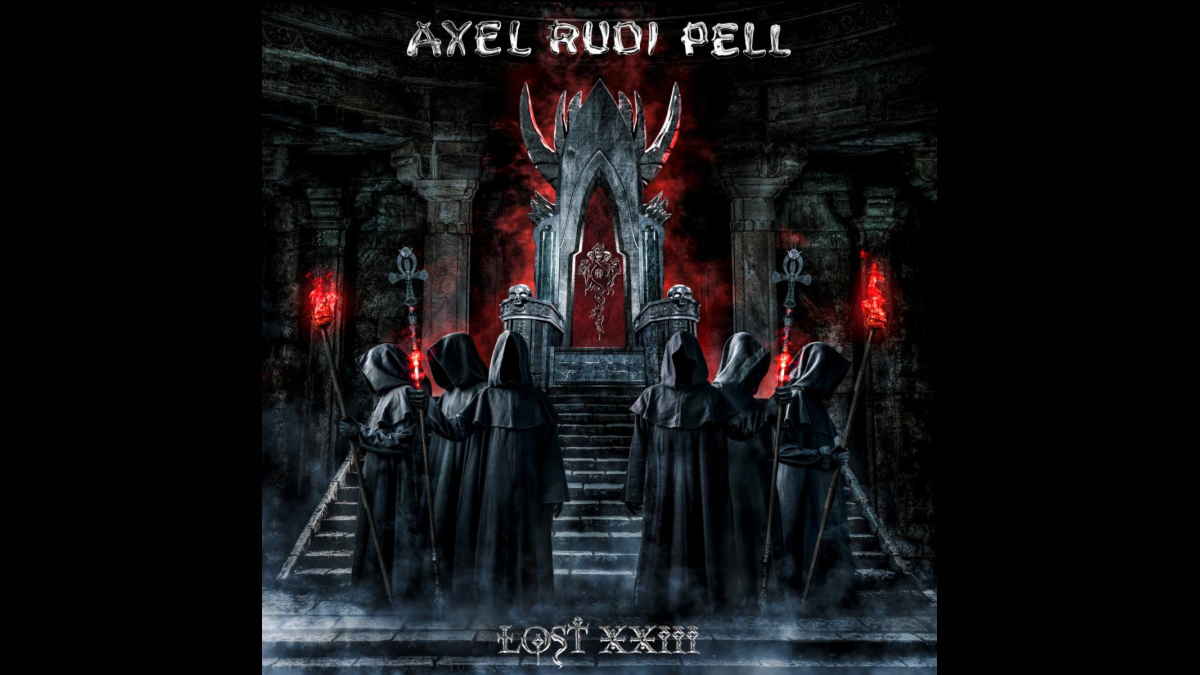 Axel Rudi Pell has announced that he will be releasing his new album 'Lost XXIII' on April 15th, with the first single "Survive" coming later this month. We were sent the following details:

It consists of ten brand-new songs (plus intro) and will be available as a digipak, CD, double vinyl album, strictly limited box set, and for digital download. LOST XXIII is Pell's 21st studio recording and - like all previous albums in his 33(!)-year solo career - will be out on Steamhammer/SPV.

The first lead single, "Survive", will be released in the physical and digital stores on February 18th - a deeply melodic hard rock number featuring a guitar riff characteristic of Pell and the kind of superb melody that we've come to expect from Pell: "I'm confident that my fans will get exactly the kind of song they've been waiting for. 'Survive' is typical of the ARP band, carried by the fantastic voice of our vocalist Johnny Gioeli."

Speaking of which: the ARP band mark 2022 continues to consist of Johnny Gioeli, bassist Volker Krawczak, keyboardist Ferdy Doernberg and drummer Bobby Rondinelli (ex- Rainbow), a perfectly oiled hard rock machine that never fails to deliver Pell's compositions outstandingly and at the same time enhance them with each musician's own trademarks.

The same applies to the second single 'Down On The Streets', scheduled for release on March 25th. "Thin Lizzy could have had a finger in that particular pie," Pell explains, tongue-in-cheek, adding: "The lyric is about tough life on the streets."

LOST XXIII was produced by Axel Rudi Pell, mixed by Tommy Geiger, mastered by Ulf Horbelt, and the mysterious cover artwork was once again designed by Thomas Ewerhard (Gotthard, Edguy, Sons Of Apollo, among others). The ARP band will embark on another major tour in spring and autumn 2022.

Axel Rudi Pell Releases 'Only The Strong Will Survive' Video