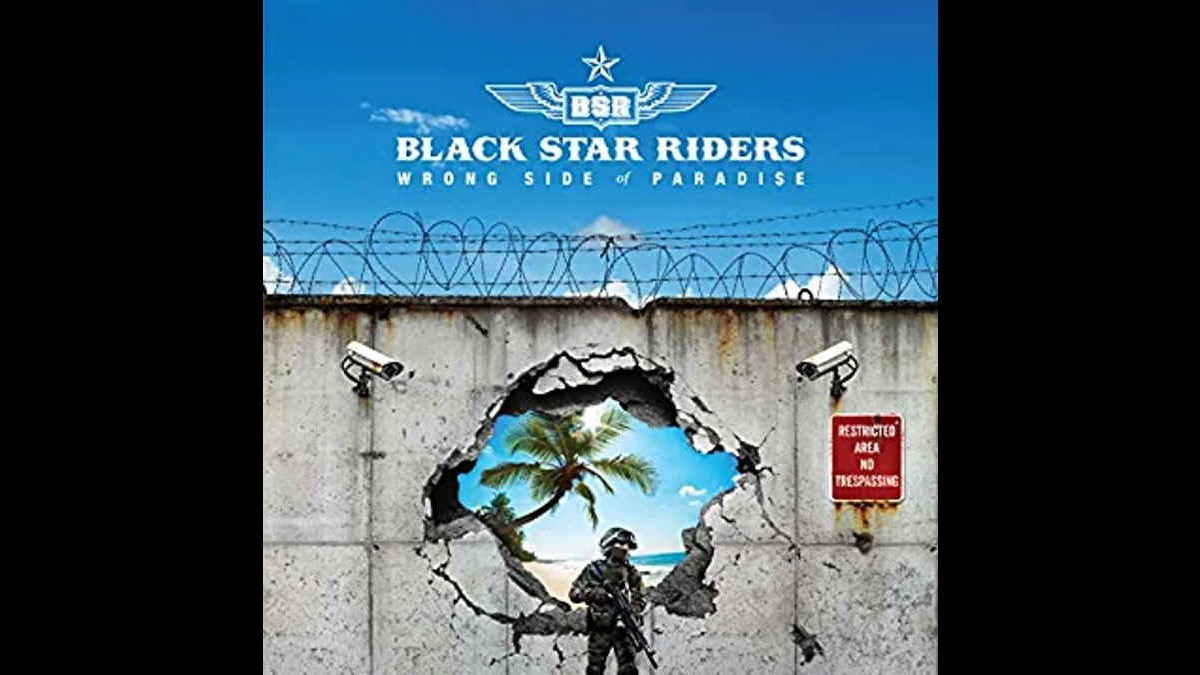 (hennemusic) Black Star Riders are streaming a video for "Better Than Saturday Night", as the first preview to their forthcoming album, "Wrong Side Of Paradise."

Featuring Def Leppard's Joe Elliott on backing vocals, the tune is the lead track from the band's fifth album, which was recorded in the autumn of 2021 at Studio 606 in Northridge, CA and Toochtoon Sound in Redmond, OR with producer and longtime BSR associate, Jay Ruston.

"'Better Than Saturday Night'" is a feel-good, uplifting tune about staying strong in the face of adversity, being true to yourself, and the power of positivity," says Ricky Warwick. "I wrote it for my kids, but subliminally I think I also wrote it for myself and everyone for those days when we need to find a little bit of extra strength. We wanted to reflect the positivity, power, attitude and strength to endure sentiment in the lyrics of the song. And no better way to do that than Black Star Riders rockin' out with the Los Angeles Roller Derby Dolls."

Due January 20, 2023, "Wrong Side Of Paradise" features the lineup of Warwick, bassist Robert Crane, guitarist Christian Martucci and drummer Zak St. John, and marks the group's first studio set since the 2021 departure of guitarist Scott Gorham, who led the band through a transition from Thin Lizzy to Black Star Riders in 2012.

In addition to the new record, Black Star Riders will mark its release on a 10th anniversary UK tour next February - with tickets going on sale Thursday, June 9.

Check out the tour dates and watch the new video here.