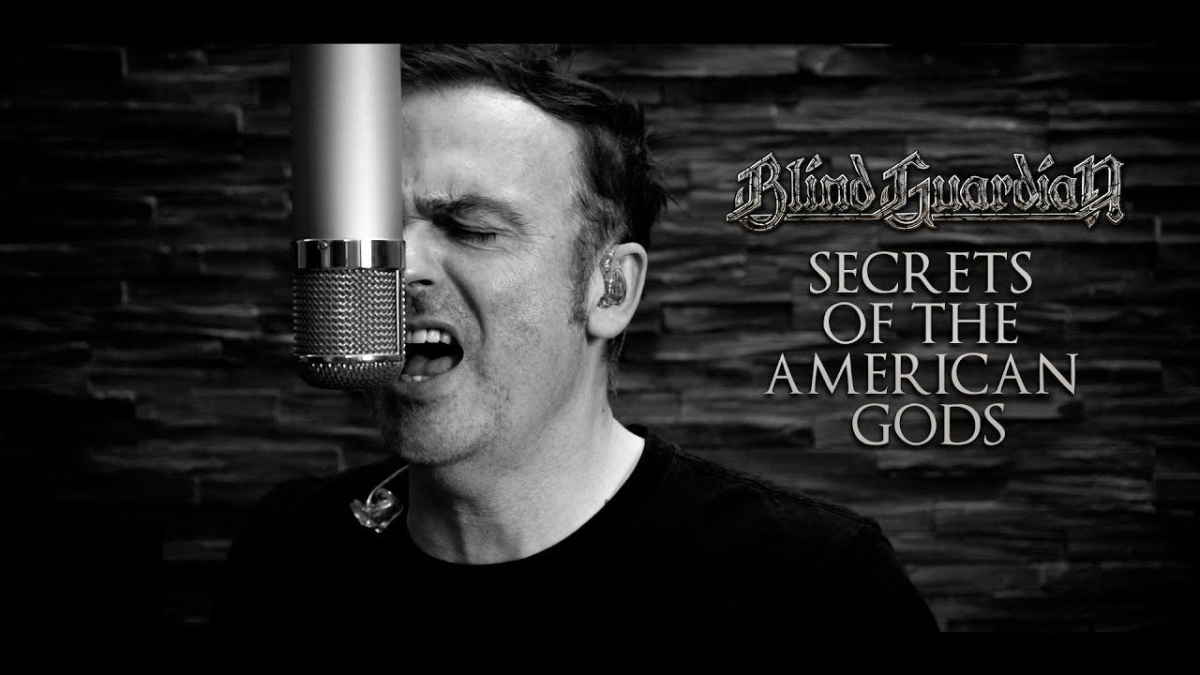 Blind Guardian have released a music video for their new single 'Secrets Of The American Gods'. The clip was filmed during the recording of the band's new album in the Twilight Hall Studios between March 2020 and 2021.

Vocalist Hansi Kursch had this to say, "The time has come to unveil another secret: with 'Secrets Of The American Gods', we proudly present you with the epic side of our new album that's going to be released in September.

"This single edit focuses on the essence of this magnificent composition and gives you an insight into our creative work in these eventful times. The vivid construction of this song circles around its core, the monumental chorus - hopefully the 'American Gods' worthy.

"A thoroughly felicitous ear candy, in my opinion. I promise you, it's not easy to get rid of the refrain. The tracks gets completed with the fantastic making-of-clip that Dirk Behlau created.

"Enjoy the moment and keep the secret: be assured that we still haven't played all our cards and still have some aces up our sleeves. Maybe no additional secrets but celestial surprises. Stay tuned!" Watch the video below: