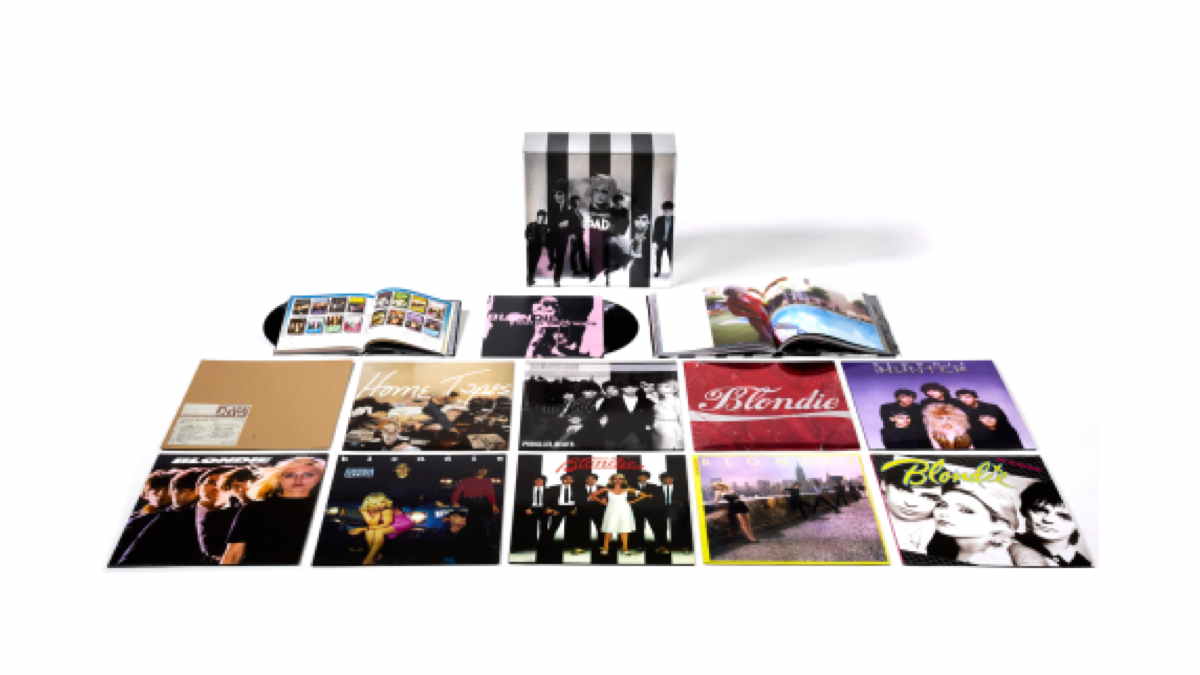 (UMe) Blondie are streaming, "I Love You Honey, Give Me a Beer," a previously forgotten, original demo for the song that became the Rock & Roll Hall of Famers' classic, country-inflected "Go Through It."

Initially tracked in 1980 and possibly written for Alan Rudolph's Roadie, a film that marked the band's collective foray onto the big screen, the recording offers the latest look into the breadth of rediscovered history and multi-genre, musical treasure that is mapped out on the forthcoming box set, Blondie: Against The Odds 1974-1982.

Out August 26th via UMe and The Numero Group, following six years of work and two decades that the material spent silently sitting in Chris Stein's Woodstock barn, Against The Odds 1974-1982 is Blondie's debut, definitive archive. Featuring 124 tracks and 36 previously unissued recordings - which range from the band's first-ever basement studio session to dozens of alternate versions, outtakes and demos like "I Love You Honey, Give Me a Beer" - the historic collection tells a near-complete story of how frontwoman/songwriter Debbie Harry, guitarist/conceptual mastermind Chris Stein, powerhouse drummer Clem Burke, keyboardist Jimmy Destri, bassist Gary Valentine, guitarist Frank Infante and bassist Nigel Harrison evolved out of pop and punk to become a vital strand of American music's DNA.

While "Go Through It" famously closed out Side A of Blondie's 1980 album, Autoamerican, "I Love You Honey, Give Me a Beer" appears on one of Against The Odds' several bonus records of rarities, this one named after Autoamerican's intended title: Coca-Cola. Traveling from their New York City home and the Chelsea Sound Studios where they first laid down the "Go Through It" demo, Blondie made Autoamerican at Los Angeles' United/Western Recording with producer Mike Chapman. The concept for the album centered on themes of American pop culture and Americana, and Chris Stein's original idea was to adorn the cover with a Coca-Cola logo and nothing else, the ultimate expression of US innovation, pleasure, and capitalism. Though the brand was not interested in Blondie's idea back then, the art for the bonus LP included on Blondie: Against The Odds 1974-1982 honors the band's vision.

In addition to five albums worth of outtakes and rarities that were mixed and resurrected by Tom Camuso and Steve Rosenthal, Blondie: Against The Odds 1974-1982 delivers all of Blondie's first six studio albums, which have been remastered from the original analog tapes and cut at Abbey Road Studios. The set also comes with extensive liner notes by Erin Osmon, track by track commentary from all seven of the original band members, essays by producers Mike Chapman, Richard Gottehrer and Ken Shipley, a 120-page illustrated discography, and hundreds of period photographs. The expansive box set is available on four formats, a Super Deluxe Collectors' Edition (10xLP, 1x7", 1x10" in Red, White, and Black vinyl formats), plus Deluxe 4LP, Deluxe 8CD and 3CD editions.

Singled Out: Ananda Xenia Shakti's I Am Love