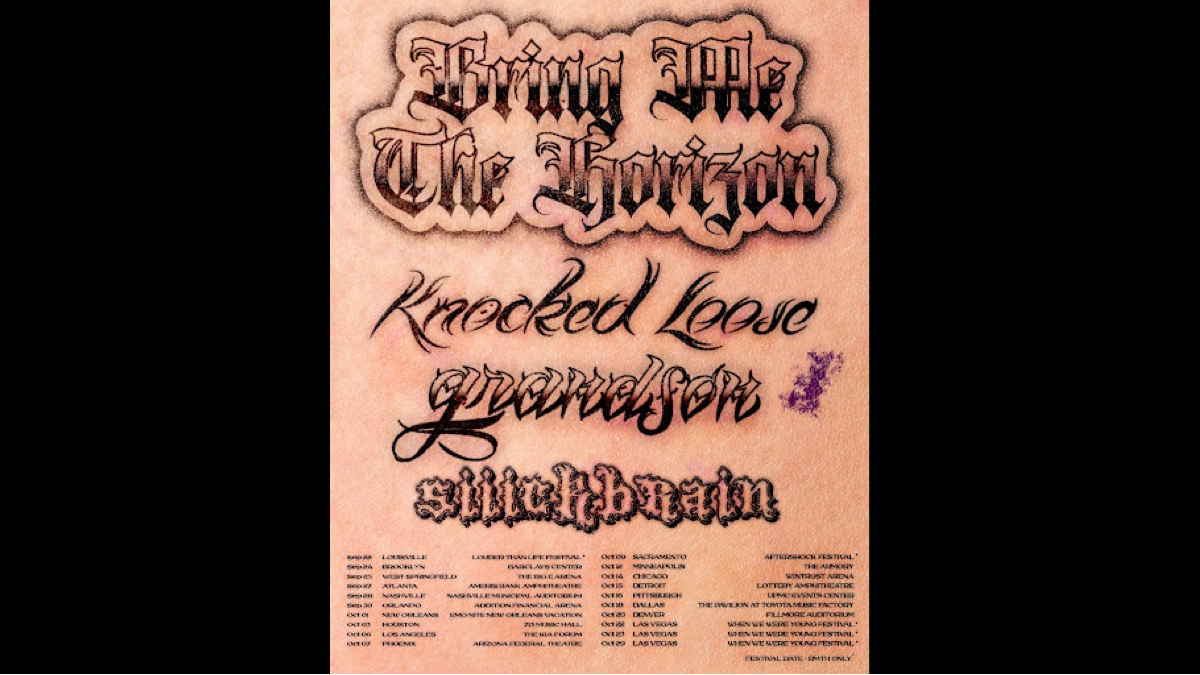 Bring Me The Horizon have announced that they will be launching a North American headline tour this fall that will feature support from Knocked Loose, grandson, and Siiickbrain.

The band have also announced that they will be taking part in several music festivals during the trek including Louisville's Louder Than Life Festival, Emo Nite New Orleans Vacation, Sacramento's Aftershock Festival and Las Vegas's When We Were Young Festival.

The headline dates will be kicking off on September 24th in Brooklyn, NY at the Barclays Center and will wrap up on October 20th in Denver, CO at the Fillmore Auditorium. Tickets go on sale this Friday, May 20th at 10:00AM local time.