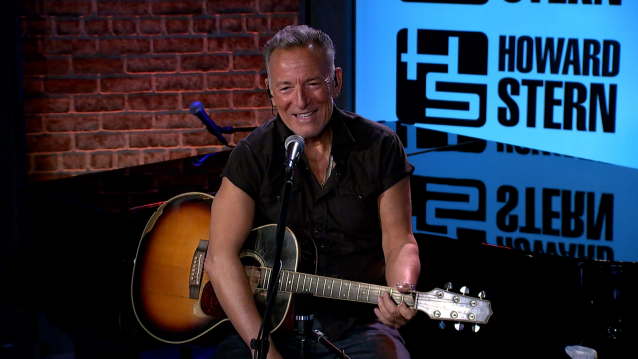 (hennemusic) Bruce Springsteen performed several songs during the October 31 episode of The Howard Stern Show, and video from the SiriusXM program is streaming online.

The event marked the New Jersey rocker's first-ever appearance on the show, which saw him on hand to promote the November 11 release of his soul covers album, "Only The Strong Survive."

Stern and Springsteen covered a lot of the singer's history, from his early days to the success of "Born To Run" and other projects, discussions about the singer's personal life, and an extensive look at the development of his songwriting skills.

The session saw Springsteen perform solo acoustic or piano versions of some of his classic songs, including "Born To Run", "The Rising", "Land Of Hope And Dreams" and "Tougher Than The Rest", among others.

After Bruce was done delivering "Thunder Road," Howard was moved: "Finally got me to cry on the air," he confessed. "It was the first time ever."

Read more and watch videos from the program here.