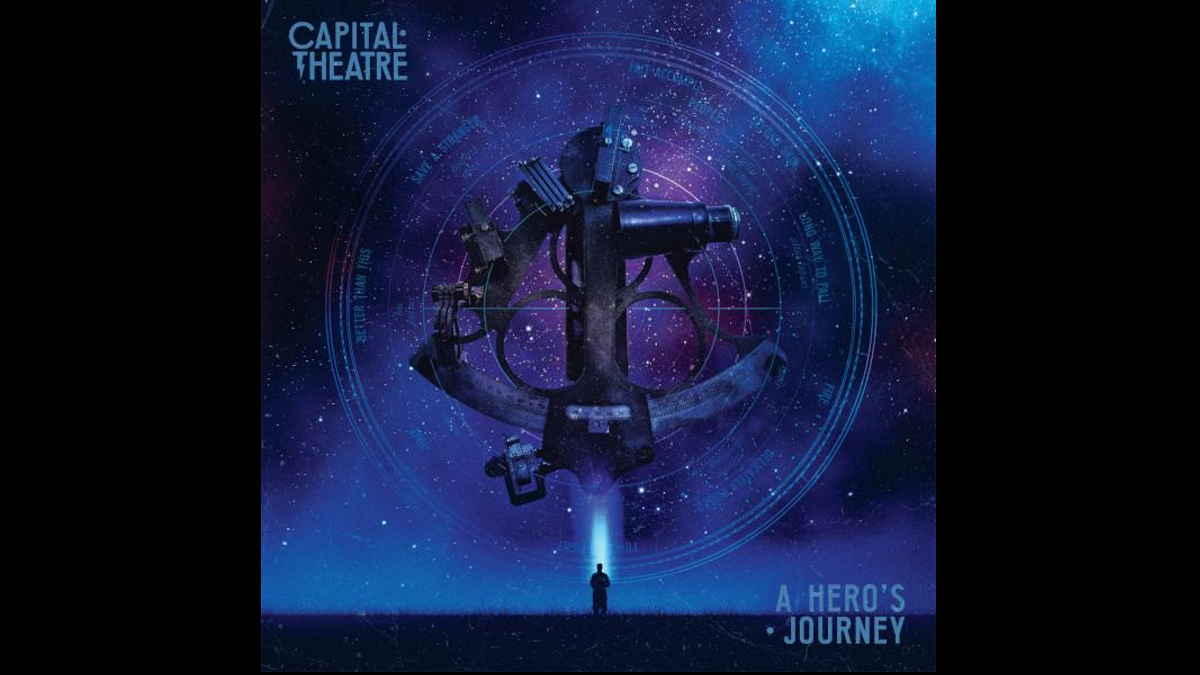 New Zealand alt-rockers Capital Theatre have premiered a music video for their new single "Delicately Poised", which comes from their forthcoming album, "A Hero's Journey".

The band recorded the album with legendary producer Mike Clink (Guns N’ Roses, Steve Vai) at NRG Studios in Los Angeles, CA, and they did some guitar recordings at Slash’s Snakepit Studio.

The album is due to be released on June 24th and the lyrics were inspired by Joseph Campbell’s’ book "The Hero With A Thousand Faces". The video was shot at an adult entertainment club in Barcelona and features live footage that was captured in New Zealand.

Vocalist/multi-instrumentalist Adam Stevenson had this to say about the clip, “The video was co-directed by Capital Theatre along with Bruno Amaral Pereira and Julie Gomez of Kalapa Studios and also by Alex Hargreaves who shot the NZ-based content of the band’s performance.

"There were many Zoom calls between us all to coordinate how these two worlds were going to come together, it was a real collaboration. From a relatively specific brief and mood board created by Capital Theatre, it was a real score for the band to land on this concept with the team at Kalapa Studios in Barcelona. They picked up our brief and took it to a really authentic place which is exactly what we were after.

"The band's original brief needed to be tweaked given the separation between us in NZ and the shoot in Barcelona, so the idea of placing the band in the TV was chosen.

"From there, the narrative and dynamics of how these two worlds were to interact were mulled over at length, but the overall relationship is one where the characters in Barcelona are somewhat ritualistically entranced by the Capital Theatre 'Delicately Poised' act on an old TV set.

"Likewise, the Capital Theatre performance, which begins in black and white, is then affected by the ritual and we see a manicness evolve as the clown switches into colour and the TV set comes to life, as if the two worlds clearly have some influence over each other.” Watch the video below: